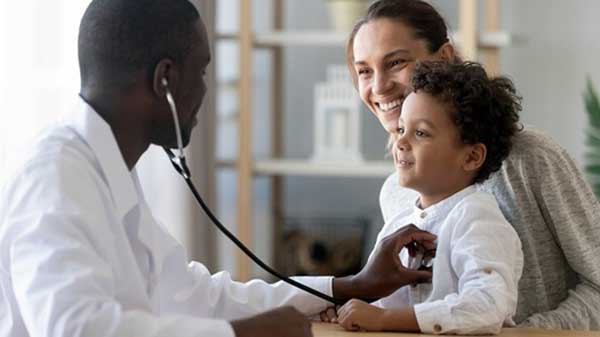 A new report shows the number of children without health insurance is increasing in Arizona and across the nation. (AdobeStock)

– After several years of trending downward, the number of children without health insurance in Arizona and the nation is on the rise again, according to a new report.

The study, released today by the Georgetown University Center for Children and Families, found that the child uninsured rate increased from 4.7% percent to 5.2% between 2016 and 2018. In Arizona, the uninsured rate increased significantly over the same period, according to Siman Kaasim, director of health policy for the Phoenix-based Children’s Action Alliance.

“It was very disappointing to read in the study that Arizona now has the third highest percentage of uninsured children in the nation,” she said. “We went from 7.6% to 8.4% of Arizona children without health coverage. That is concerning and definitely brings up some red flags for us.”

The report cited multiple causes for the downturn, including efforts to repeal the Affordable Care Act, delays in funding the Children’s Health Insurance Program and inadequate oversight of state Medicaid programs.

Kaasim said there is another, more disturbing trend that is pushing immigrant children out of the program. She said many states, including Arizona, instituted a “public charge,” which creates fear and confusion. The state has put those requirements on hold pending a court ruling.

“Here, public charge is a new rule for illegal immigration that really impacts participation in benefits like Medicaid,” she said. “It has got families feeling uncertain. Out of an abundance of caution, we think that families are withdrawing their children from benefits that they are totally and 100% eligible for.”

Joan Alker, executive director of the Georgetown Center, said the trend of fewer children having health insurance doesn’t make sense in a strong economy, but she does see ways to remedy the problem.

“When you look at the data, the increase in the rate of uninsured children is nearly three times as large in states that have not expanded Medicaid,” she said, “so that is a very clear way that a state could turn this negative trend around.”

Arizona was among the top 15 states showing statistically significant increases in the number and/or rate of uninsured children.