SAFFORD – The loud bang and flash of light alerted neighbors to the possibility of a dangerous crime being committed, but, thankfully, nobody was injured in an accidental weapon discharge early Sunday morning.

Two men with felony records were booked into the jail for misconduct involving weapons March 5 after one of the men accidentally shot a rifle through the door of a residence. 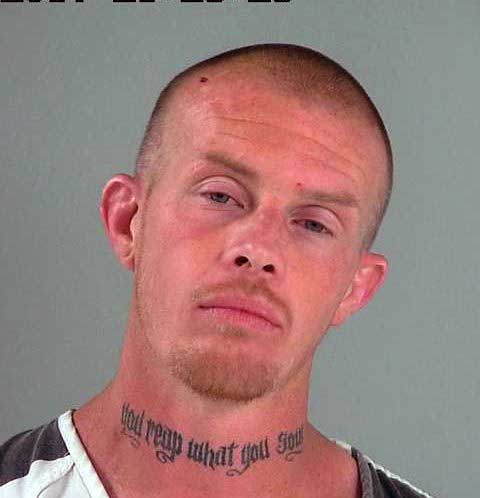 Contributed Photo/Courtesy GCSO: Kyler Sollers is accused of illegally possession a rifle while on probation.

Officers responded to the 400 block of W. 3rd Street at about 5:55 a.m. regarding a gunshot. Upon arrival, officers a fenced area surrounding a manufactured home and saw what appeared to be a bullet hole that had been stuffed with cotton with fresh spray paint in an apparent attempt to disguise the damage.

The homeowner advised her nephew had some friends over who were showing off a rifle when a round was accidentally fired through the door.

Through their investigation, multiple witnesses advised Kyler Sollers, 31, had brought a black, .410 Rossi/Braztech rifle to the residence and that Randy Matlock, 44, was handling it when it accidentally discharged. Both men have felony records with their rights, including the right to possess a firearm, not being restored. Matlock was found hiding behind a couch in the backyard of the residence and Sollers was located shortly as well.

Matlock allegedly admitted to accidentally shooting the gun and he was subsequently arrested. While being taken into custody, some aluminum foil with apparent drug residue was found in his possession.

He was later booked into the Graham County Jail on charges of misconduct involving weapons and possession of drug paraphernalia. 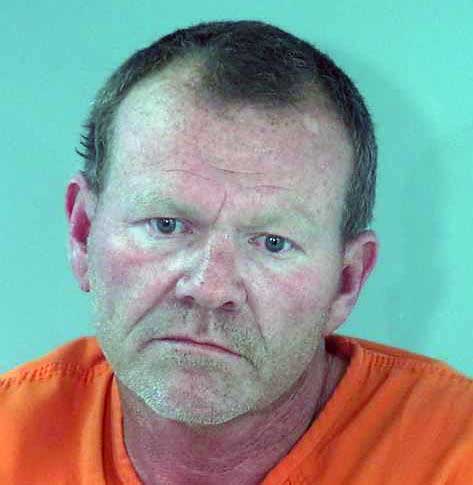 After Sollers failed to convince others to not say he brought the gun to the residence, he was also placed into custody. At that time, an unused needle was found in his possession, and he informed officers that he had swallowed 6 grams of heroin.

Sollers was then taken to the Mt. Graham Regional Medical Center, where he was given an X-Ray and was held an additional six hours for evaluation.

Due to the length of time, Sollers was turned over to the custody of the hospital, and after his evaluation time eclipsed he was released.

At around 3:30 p.m., however, Sollers was spotted in the fenced yard of an abandoned residence in the Montana Vista subdivision.

Officers responded to the area, and Sollers began running through fenced yards in the subdivision until a Safford officer caught him in the 2200 block of Twilight Avenue. He was then transported to the jail and booked on a charge of misconduct involving weapons and a warrant for his arrest relating to a petition to revoke his probation.