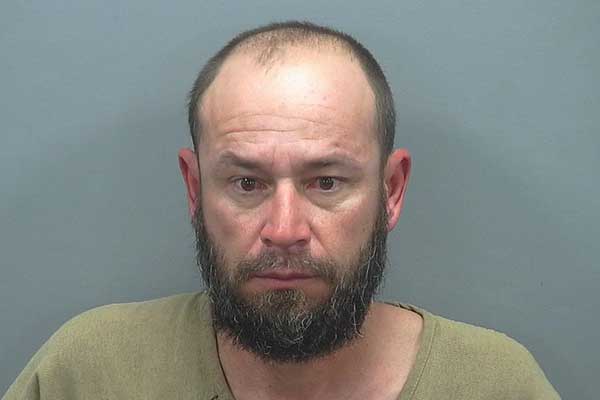 Safford police arrested a man suspected of breaking into cars in the Safford High School parking lot and surrounding area. Geoffery Klajda was taken into custody on January 8, 2020 for burglary. At the time of his arrest Klajda was in possession of narcotic drugs and paraphernalia.

On January 5, 2020, a Safford detective was notified that a backpack was sitting on the sidewalk on the north side of the David M. Player Center for the Arts at Safford High School. The detective checked the backpack and noticed that it contained a Versaflo respiratory system, which is commonly used in industrial applications.

Authorities obtained a series of still photos from the school’s security cameras and identified the suspect as Geoffery Klajda. While searching the backpack for information about who owned it, authorities found a yellow tag at the bottom that had a name on it. They ultimately traced the backpack to a subdivision near the high school.

The detective went to the residence and spoke with a woman who lived there. When he showed her the backpack, she said that it belonged to her deceased husband. She said that the backpack had been in her late husband’s Jeep that was parked outside. She said that she had not taken anything out of the Jeep since her husband’s death.

Authorities processed the vehicle for evidence. They managed to obtain a partial fingerprint from the driver’s side door latch button.

Using camera footage obtained from the BLM office and the high school, authorities were able to see video of Klajda walking toward the school and into the parking lot on January 3. He is seen looking into cars in the parking lot.

Klajda was taken into custody on January 8 and taken to the police department for questioning. During the first part of the police interview, Klajda apparently implicated himself in the January 3 burglary at the high school, admitting that he was involved. He told authorities that he only gets into cars to steal change. He said that he had only done it two or three times.

Klajda was booked into jail for burglary and theft.