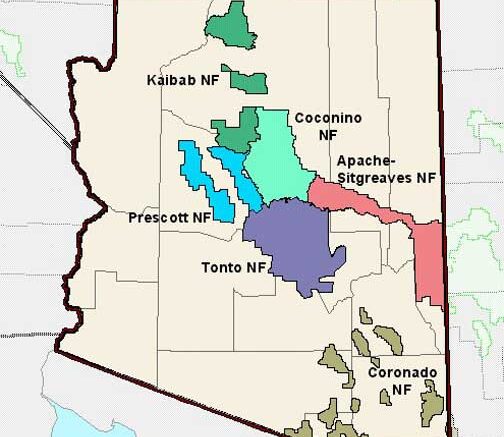 KLONDYKE — The U.S. Forest Service announced a number of full forest closures in Arizona, due to increased wildfire activity across the state.

The Pinnacle fire, in the Santa Teresa Wilderness in Graham County, is at 34,395 acres and 42-percent containment. Fire growth slowed Tuesday, thanks to increased cloud cover and humidity, as well as a reduction in wind gusts.

That allowed residents in the Aravaipa-Klondyke corridor to return to their homes; however, those in the Black Rock Road area remain evacuated.

The Walnut fire, above Texas Canyon in Cochise County, forced the evacuation of residents in the Dragoon area, as well as the temporary closure of Interstate 10 in both directions Tuesday.

The Bear fire has forced the closure of U.S. Highway 191 from just north of Morenci to Blue Vista. The closure is expected to remain in place until at least June 27.