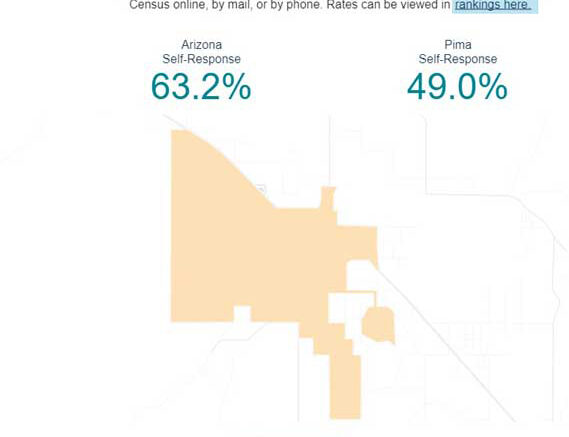 PIMA — With just seven days left to collect data, Pima is putting on a push to get an important segment of its population to participate in the U.S. Census — Hispanic residents.

“In 2010, when the last Census was done, a vast majority of our Hispanic population didn’t do the Census. So what happened then is we show, on paper, only having about 17 percent Hispanic in our community, when we’re actually a little over 40 percent. And that takes us out of the market for grants,” said Pima Town Manager Sean Lewis.

Lewis said lower-income households also participated in lower numbers in 2010, also impacting the community’s ability to get state and federal funding for infrastructure and other quality of life projects over the last decade.

Pima is incentivizing participation by offering a raffle for those who can show proof of responding to the Census. The final drawing will take place Sept. 30, the last day to submit data for the Census. Prizes include a flat-screen TV, a Playstation 4 and gift certificates to local businesses.

Pima’s self-response rate of 49 percent for this year is about double that of 2010, but Lewis said that rate is well behind what the community needs to get more funding. The enumerated rate — which includes data from those going door-to-door — has not yet been included in the city and town data.

Arizona’s self-response rate is 63.2 percent, while the enumerated rate is 92.8 percent.