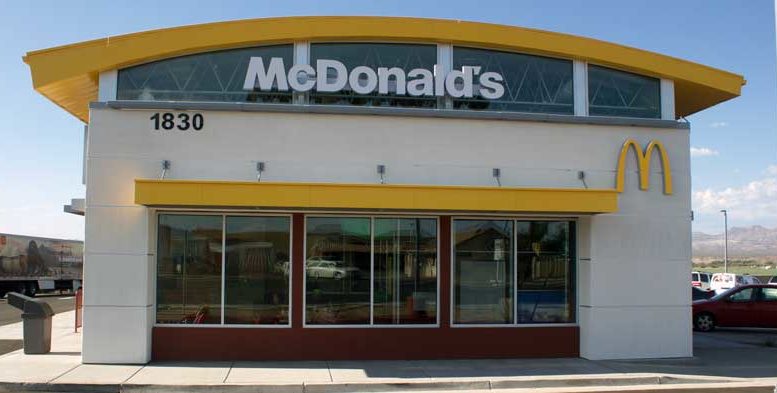 Jon Johnson File Photo/Gila Valley Central: A man driving around without his pants on was arrested for DUI in the McDonald's parking lot.

SAFFORD – Beer isn’t on the menu at the Safford McDonald’s, but it was apparently on a driver’s breath.

Jose Luis Magana, 57, of Thatcher, was arrested in the parking lot of McDonald’s on July 13 for DUI after failing field sobriety and breath tests. Magana was previously convicted of DUI in 2012.

According to a Safford Police report, a concerned citizen called authorities after noticing a man in a GMC Sonoma throw a can of Bud Light & Clamato Chelada out of the window while driving on Lonestar Road. The concoction is a mixture of beer with 4.2 percent alcohol by volume and Clamato, which is a drink made of reconstituted tomato juice concentrate, flavored with spices and clam broth.

The driver informed the police that she was following the offending truck. Eventually, the truck pulled into the McDonald’s parking lot at 1830 W. Thatcher Blvd. and that is where an officer caught up with Magana, who was still inside the truck.

Magana was the only occupant and was found wearing only underwear and a white tank top T-shirt that was backward and inside out. The officer noted Magana’s eyes appeared to be blood shot and watery, but Magana allegedly denied drinking any alcohol and said he doesn’t drink at all.

However, Magana blew a .109 breath/alcohol concentration on a portable breath test, which compelled the officer to ask him to put on his pants and step outside to perform some field sobriety tests.

After failing the field tests, Magana was placed under arrest and taken to the Safford Police Department to submit to a blood draw for testing purposes. His truck was locked and left at the restaurant at his request.

After his blood was taken, Magana was released and given a ride home. DUI charges are pending test results and review by the Graham County Attorney’s Office.