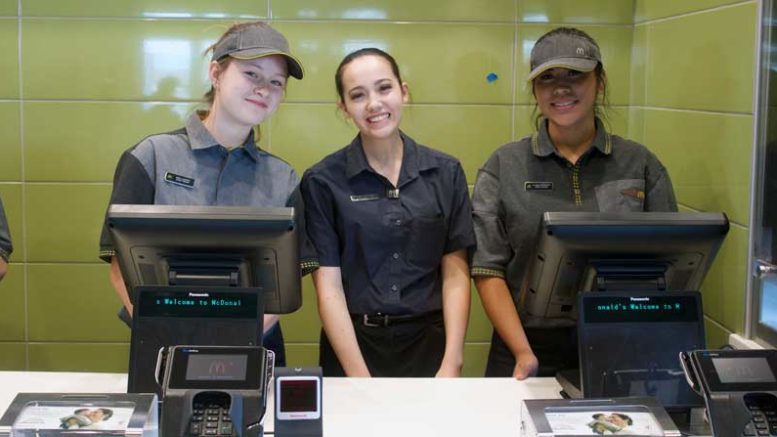 SAFFORD – After being closed for nearly half a year for a total teardown and rebuild, the new, bigger and better McDonald’s restaurant is now open.

The new store at 1830 W. Thatcher Blvd. features a spacious lobby and indoor play area, which includes an interesting feature of various musical instruments placed on the walls with touch pads to initiate the various notes. Like the previous McDonald’s restaurant it replaced, there are two drive-through lanes with two pickup windows, but a third window has been added for cars that need to pull forward for a special or last-second items. 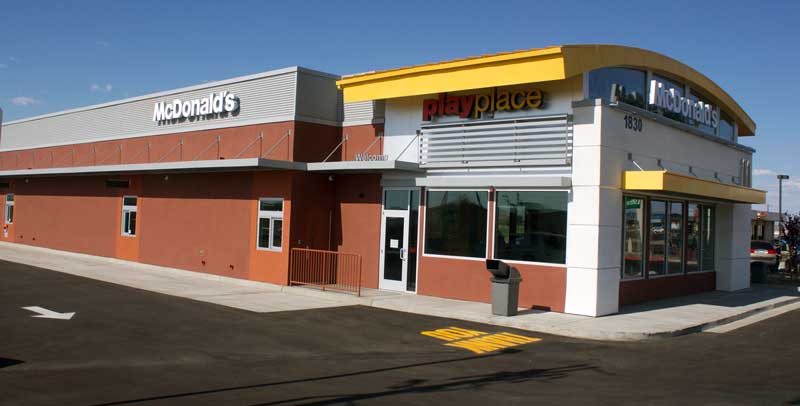 Chock full of the newest machines for the various new products McDonald’s has rolled out, including a state-of-the-art McCafé station, every inch of space in the restaurant has been calculated for efficiency.

The store opened with 138 employees and will grow to have roughly 160 positions. It is open 24 hours a day to handle all of its customers’ late-night cravings. 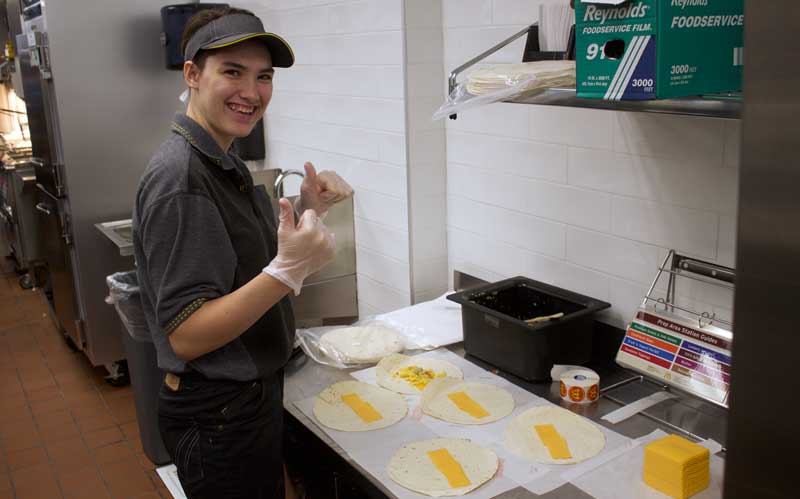 Owner Abe Martinez was on hand for a preview opening Sunday and said it was “like coming home.” He also used the event to dedicate the restaurant to the late Bill Konopnicki and his family. Konopnicki previously owned the location and started Martinez in the burger business.

“This store, the latest and greatest, I want to dedicate to Bill, Cathy, Sarah, Dave, Michael and Kristine – the entire family,” Martinez said. “I just think the world of them, I owe Bill so much for getting me into the business and being my friend.”

Martinez is originally from a ranching family in Clifton and was working as the Dean of Student Services at Eastern Arizona College with Bill Konopnicki as director of research and development when Konopnicki left the college to open the Safford McDonald’s location. Martinez said it was Konopnicki who convinced him to get into the hamburger business, and Martinez trained under Konopnicki before opening his first franchise in Winslow. 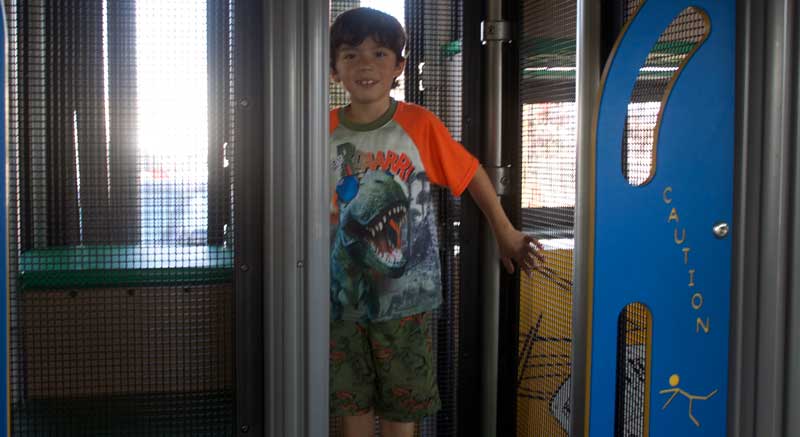 About 300 invitations went out for the event to a variety of community members who have a connection to the restaurant one way or another.

Melissa Loya told Gila Valley Central that she took the trip down from Clifton to bring her grandson, Christopher Montoya Jr., to the preview.

“We like it,” Loya said. “My grandson and I are here spending time (together) at the new McDonald’s.” 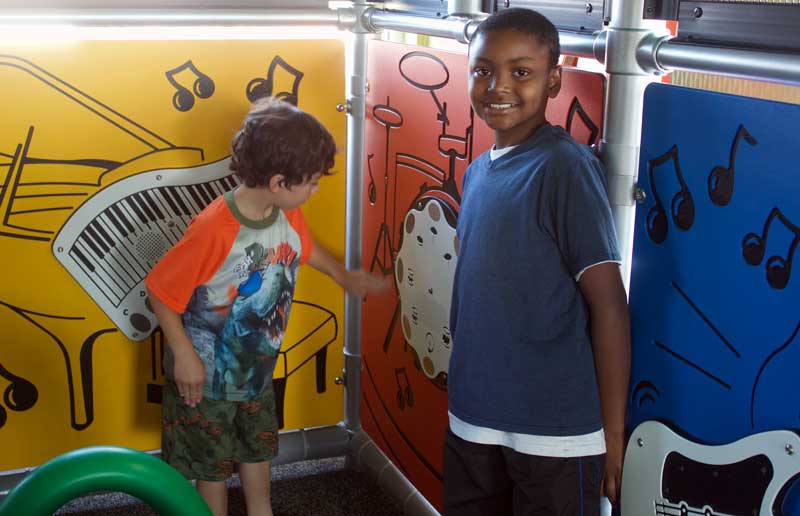 Loya’s sentiments were echoed by others who brought their children to the restaurant as their memories of visiting McDonald’s in their youth are now being passed on to the following generations. Maria Scott brought her son, L.J. Waterhouse, to the preview and complimented the staff on the building and food.

“My favorite part is the kids’ area because they kind of simplified it where you can see really see through it and see the kids now,” Scott said. 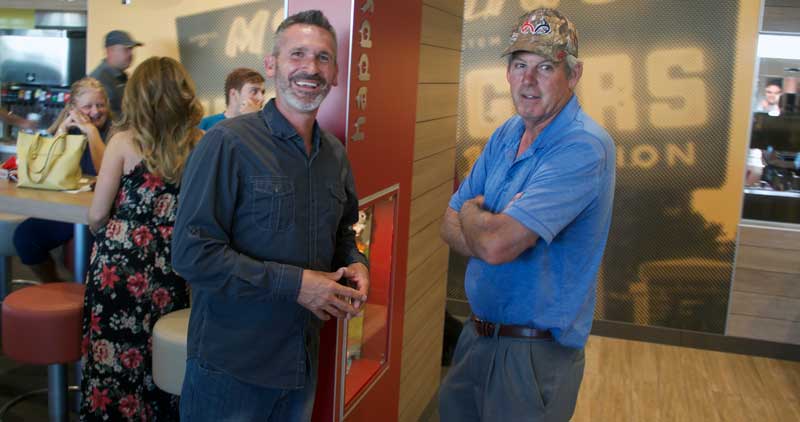 Safford Mayor Jason Kouts brought his wife, Maria, with him to the preview event and recalled coming to the McDonald’s for birthday parties as a youth.

“For me, standing here today (in) a brand new McDonald’s as the mayor of Safford, it’s an honor,” Kouts said. 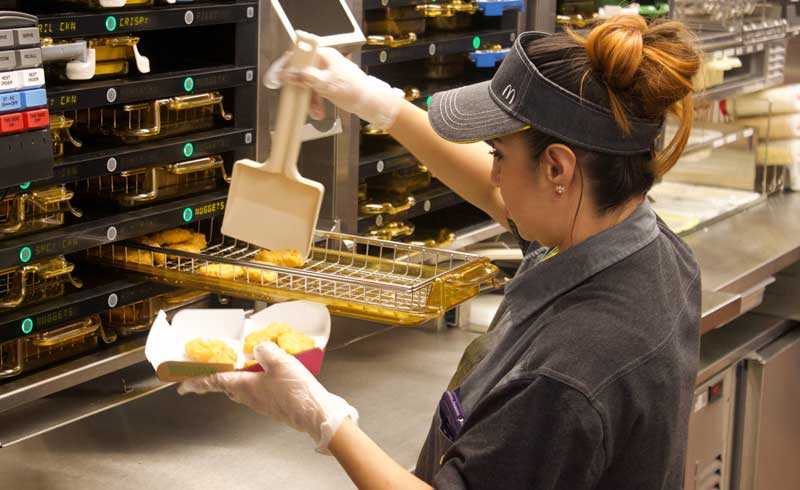 Jon Johnson Photo/Gila Valley Central: An employee dishes up some chicken nuggets for a customer.

While some of the technological innovations haven’t quite been installed – including self-serve kiosks where customers pick out what they want on a touchscreen, take a seat at a table and have their food brought to them – Martinez said it should only be about a month before everything is up and running.

“We’re missing a few pieces of equipment, but we’re going to get them in the next 30 days, so they’ll be coming in,” he said. 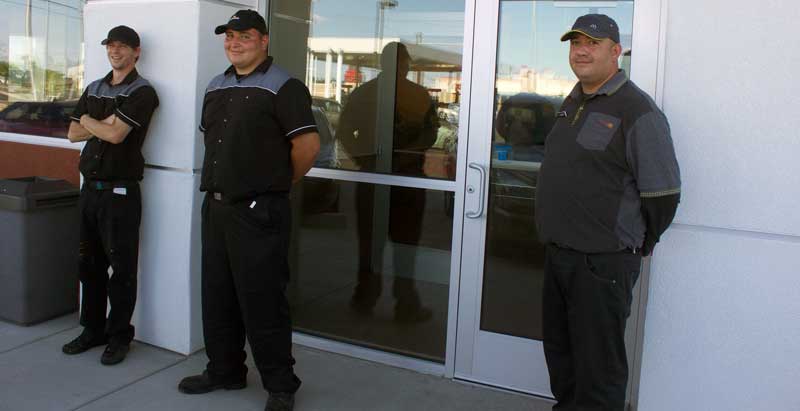 Reveling in the joy of opening the new store to such fanfare, Martinez took a moment to reflect on his feelings.

“This is home,” Martinez said. “There’s no place like the Gila Valley. It’s going to be great.”

Jon Johnson Photo/Gila Valley Central: The new McDonald’s has risen from the ashes of its predecessor to be a glimmering example of excellence in the Gila Valley.