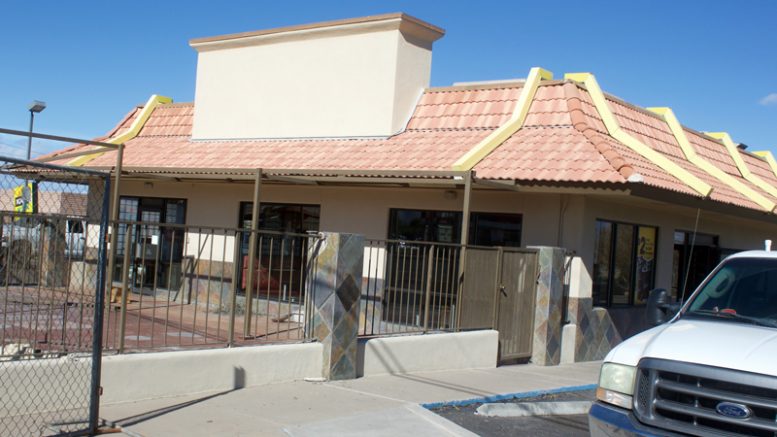 Jon Johnson Photo/Gila Valley Central: The McDonald's restaurant on U.S. Highway 70 is temporarily closed as it will be razed and rebuilt into a larger location with updated features. The site is expected to reopen by May 15.

SAFFORD – For those who enjoy a Big Mac or Egg McMuffin, it’s going to be a while before they are once-again available locally.

The McDonald’s at 1830 W. Thatcher Blvd. is getting a facelift that includes tearing down the old restaurant and building a completely new one in its place. 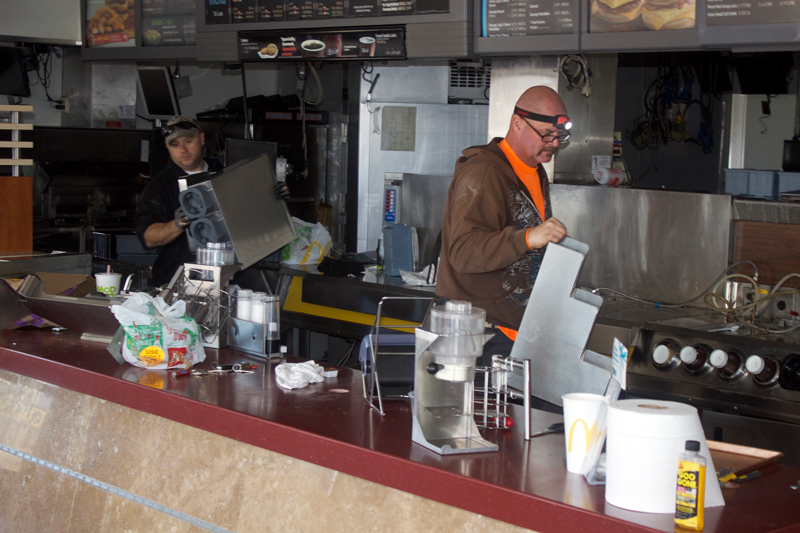 With the closure of the McDonald’s in Walmart last year and the new remodel construction, the closest McDonald’s restaurant to the Gila Valley is now roughly 45 miles away in Willcox, which is not necessarily accessible for most local workers’ commutes.

On Monday, construction crews began installing a temporary chain-link fence around the property while emptying out items from inside the building. Demolition could begin as soon as Tuesday, according to Damitio Construction Inc. Superintendent Alan Eckblad, who is the project manager for the job. Damitio Construction is a general contractor company based out of Tucson with an additional office in Gilbert. 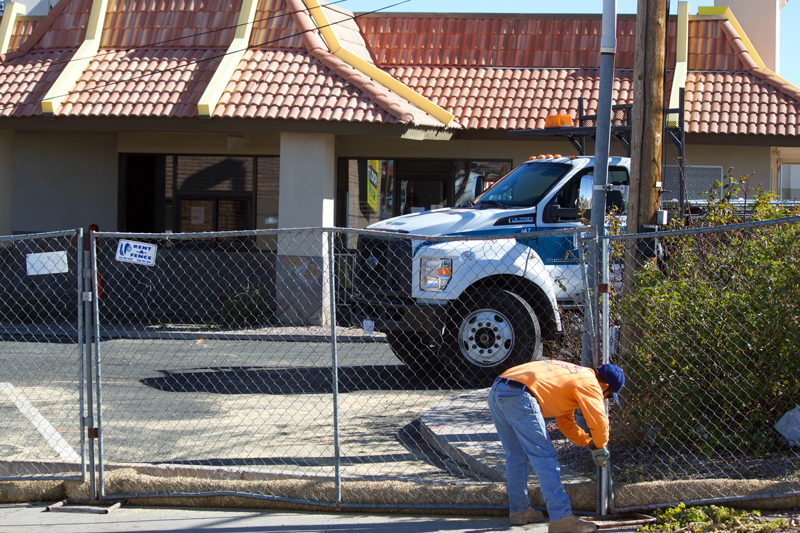 “Tomorrow they’ll bring in the excavators and we’ll tear up all the asphalt, the building, everything and turn it into a dirt lot,” Eckblad said. “I’ll be here from the minute we scratch the dirt to the time they start serving.”

After the old building is razed and its basement is filled in, an updated, roughly 5,000 square-foot restaurant will be built on the site and will include an indoor play place area. According to Eckblad, the restaurant is aiming to reopen May 15, with a construction schedule of about 110 days.

“That is the goal,” Eckblad said. “We’ll start general today – clear out the building and all that – put it back together and open it on the 15th.” 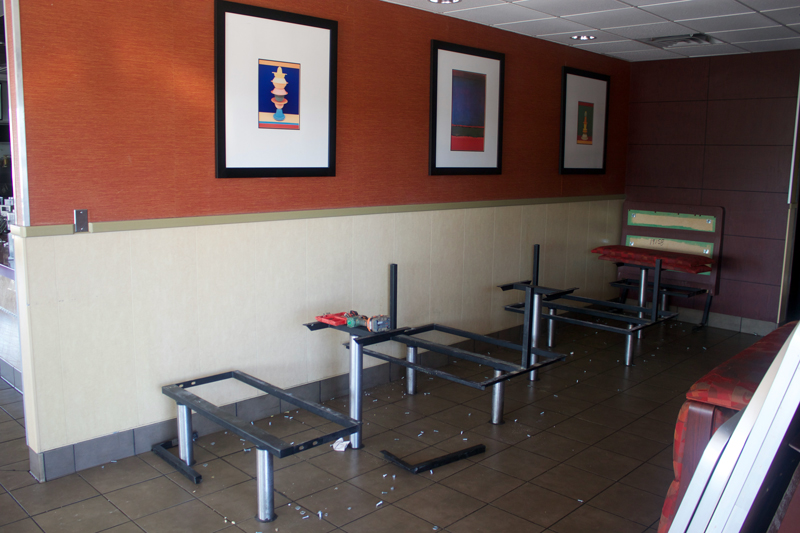 Owner Abe Martinez said the new McDonald’s will be twice as big as the previous restaurant and will feature “the latest and the greatest” in updated features. 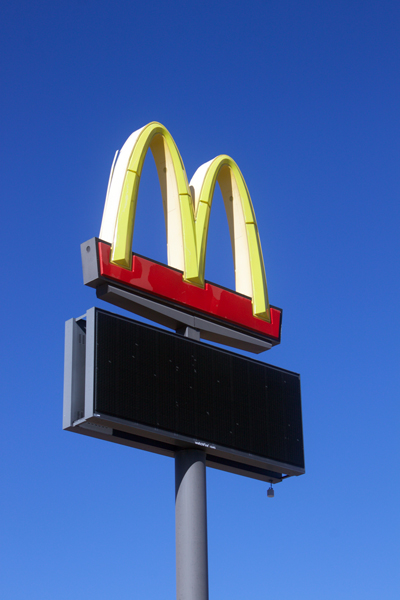 He described the new restaurant as being similar to his restaurant in Globe and will still offer two drive-through lanes. The new restaurant will have more updated features than the Globe location, however, and an indoor play place.

Martinez is originally from a ranching family in Clifton and was working as the Dean of Student Services at Eastern Arizona College with Bill Konopnicki as director of research and development when Konopnicki left the college to open the Safford McDonald’s location. Martinez said it was Konopnicki who convinced him to get into the hamburger business, and Martinez trained under Konopnicki before opening his first franchise in Winslow.

“I owe Bill Konopnicki a tremendous amount,” Martinez said. “He’s the one who got me into McDonald’s 40 years ago. I constantly think about him, his family and his children. They’ve all been wonderful to me, and I’m sure that they’ve made a great contribution to the Gila Valley.”

Martinez said he couldn’t have gotten to where he is without the help of a great support staff and employees. During renovation, he said most of the employees will take a vacation and collect unemployment but some management positions will make the commute to Globe five days per week. He added that he is looking forward to all of the displaced employees returning to work at McDonald’s when it reopens and that there will be a bonus for those who do. 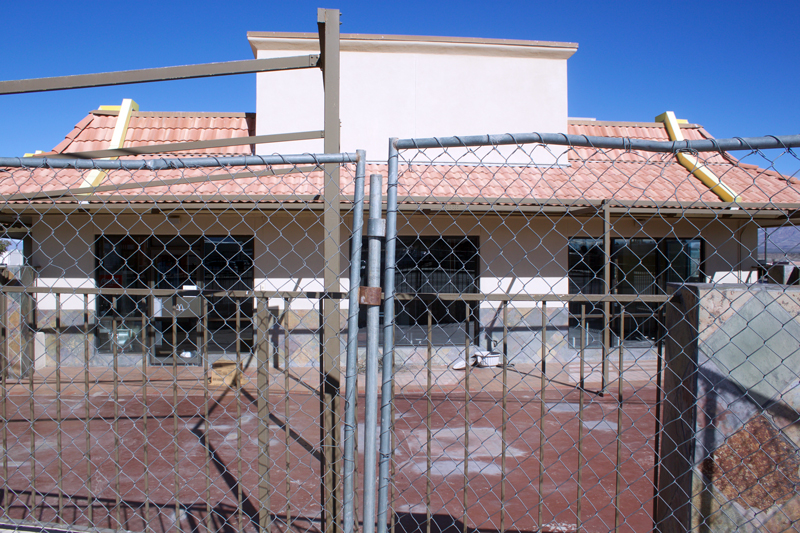 Jon Johnson Photo/Gila Valley Central: This McDonald’s will be torn down to accommodate a new, larger restaurant with an indoor play place.