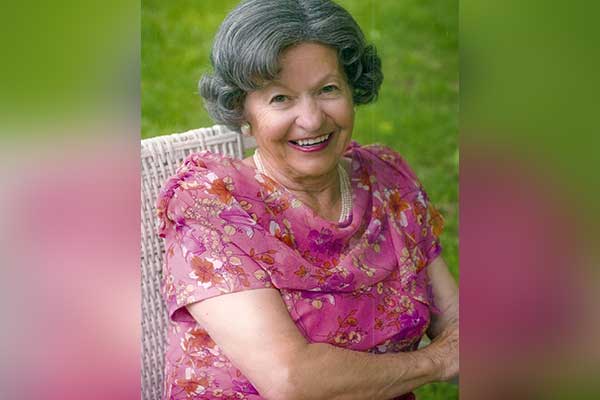 Olive Busby Clawson, a long-time valley resident, passed away on October 21, 2019 at her homestead Tierra de Amigos in Artesia at the age of 94.

Olive was born in Eden, Arizona while her parents operated the Indian Hot Springs.  She attended Thatcher Public Schools, and there excelled in all her classes, especially Home Economics.  She loved spending time at the family ranch at Black Rock as a child.

Because her older sister Melba married Bernard’s older brother Harry, the two were destined to also marry, which they did on July 21, 1941 in Florence, Arizona.  After having two children, Bernard decided to join the service, following his brother into WWII, leaving Olive and the kids at home with her mother.  After the war, the family settled down in Safford, where eight additional children were born.  CB and Olive were sealed in the Salt Lake Temple on June 15, 1950.

She was the key to her children’s school and extracurricular successes.  Olive was a faithful member of the Church of Jesus Christ of Latter-day Saints, and held many positions, including Primary President, Relief Society President, Stake YW Presidency and 27 years as her Ward’s Compassionate Service Leader.  Olive loved entertaining, being with friends, and was considered one of the best party planners and cooks around.  She had a talent for decorating wedding cakes also.  Thousands have enjoyed the park area adjacent to her home that she helped plan and develop.

For many years she was a voter poll worker, Republican Women officer, and Scouting leader.  She was known for always being cheerful.  She loved to travel, visiting all 50 states on multiple cross-country vacations and all but 3 continents.  Olive was a voracious reader of books, magazines, newspapers and scriptures.  Doing puzzles also kept her mind sharp.  Olive collected many things, including Nativity Crèches, which were on display for many years at various locations around the valley.

Olive and CB, together, supported and served on many community and Church organizations and were recognized as an extremely service oriented and committed couple.  Her family was very important to her, and until recently had regular written communication with all her posterity.  Most will remember her small physical stature, but more her large, giving spirit.

Olive was preceded in death by her parents, John David (Jack) Busby and Lettie Colvin, nine brothers and one sister, two of her infant children—Carol and Kevin Troy, as well as her husband of almost 60 years (CB) Bernard Clawson in 2001.

Olive was interred in the Safford City Cemetery on November 2, 2019.  While we celebrate her earthly life of service to family and community, we also rejoice in her heavenly homecoming.