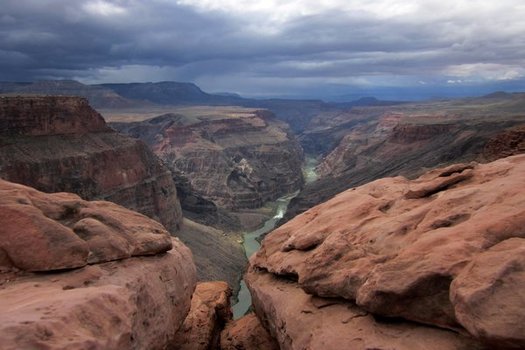 The Grand Canyon and many other public-lands sites will be admission-free tomorrow, for National Public Lands Day. (Mmainco/morguefile)

PHOENIX – Tomorrow is National Public Lands Day, and to celebrate, admission to national parks is free. That includes 15 sites in Arizona. Many parks have also organized service projects and need volunteers to help maintain trails and pull invasive plants.

Raul Aguirre, the owner of REA Media Group and a leader in the Hispanic community, hopes the free admission will draw more families into the great outdoors.

“Primarily we’re doing this, some of the free fees, to bring youngsters and introduce them to the wonders of wildlife, and also their understanding of how fragile nature can be,” he explained.

Conservation groups also are using the day to raise awareness of the major issues surrounding public lands. In Arizona, that includes the controversy about a project being considered by the Navajo Nation to build a tram and restaurant in the Grand Canyon, at the confluence of the Colorado and Little Colorado Rivers.

Aguirre said he also agrees with groups that want President Obama to issue an executive order to establish a new national monument in the lands surrounding the Grand Canyon.

“We’re asking Latinos to activate and call the White House to promote the signing of that proposal by President Obama, to protect the Greater Grand Canyon in perpetuity from mining and other extractions,” he said.

Some of the parks planning service projects this weekend include Saguaro National Park, the Grand Canyon, Turkey Creek, Aravaipa Canyon, Cataract Lake, the Cerbat Foothills, Lake Pleasant and Glen Canyon. For details or to find a project, visit the website of the National Environmental Educational Foundation, neefusa.org.

Support for this reporting was provided by The Pew Charitable Trusts.