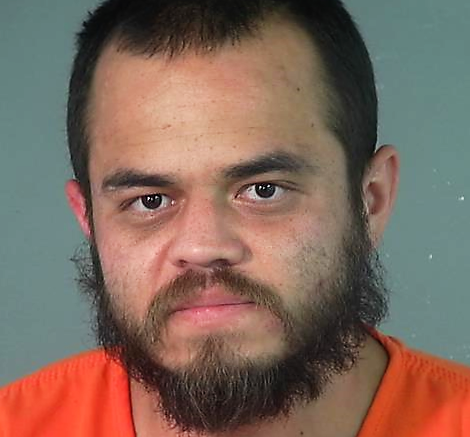 Brandon Diaz was booked into the jail for theft after allegedly stealing an iPad from a nursing home.

SAFFORD – Brandon Ray Diaz, 28, was arrested and booked into the Graham County Jail on Monday after allegedly stealing an iPad from a nursing home.

Officers were dispatched to Haven of Safford at 1933 Peppertree Dr. at about 7:27 p.m. regarding the theft. According to employees, Diaz was seen leaving the business with an iPad used for store patient medical information.

Upon arrival at the center, Diaz was located sitting outside. He denied stealing the iPad and said he was there to visit a relative.

After a second employee stated he also saw Diaz with the iPad and that video surveillance would be available, Diaz was placed under arrest.

He still denied taking the iPad, however, and attempts to locate it that night in the desert area beneath the home were unsuccessful.

Diaz was then transported to jail and booked for theft.

The next morning, a Safford detective watched the surveillance footage, which showed Diaz taking the iPad.

Later that day, the detective interviewed Diaz, who allegedly admitted to stealing the iPad as a crime of opportunity.

Diaz was then transported back to the desert area where he said he hid the device and the iPad was recovered. It was then released back to a Haven of Safford employee.