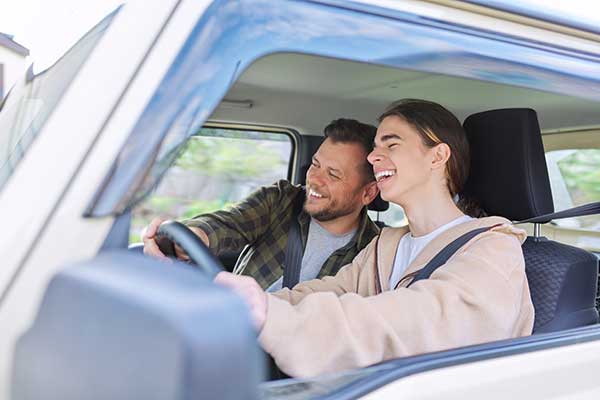 Obey the rules of the road, set the example

Summer is not only a hot time for the weather, but also for parents to help potential teenage drivers get some training under their belt. It’s an excellent time to have a conversation on the important rules of the road.

In Arizona, a teen that is at least 15 years and 6 months of age may be issued a graduated Instruction Permit. This permit allows the teen driver to learn how to drive a vehicle according to Arizona motor vehicle laws (The Motor Vehicle laws can be found under Transportation Title 28 of the Arizona Revised Statutes at azleg.gov). This permit is valid for 12 months and the teen driver must be accompanied by a licensed driver at least 21 years of age, who occupies the seat beside the new learner.

Once the teen driver is at least 16, but less than 18 years of age may apply for a driving test and receive the Graduated License.

Every driver is responsible to follow the rules of the road, and as a parent, you are responsible to make sure your new teen driver understands those rules.

Here are some important rules your teen driver should know:

Passengers serve as a distraction for inexperienced teen drivers. For the first six months, a driver with a graduated driver license shall not drive a vehicle containing more than one passenger under the age of 18 (with some exceptions).

In Arizona, for the first 6 months, a driver with a graduated driver license shall not drive a motor vehicle between the hours of midnight and 5:00 a.m. (with some exceptions).

Note: There are penalties for violation of curfew and passenger restrictions, including fines and mandatory extension of the six month restricted driving period and suspension of driving privilege.

BUCKLE UP- Remind your teen driver to always buckle up

NO SPEEDING – Emphasize that they must obey posted speed limits

Speeding was a factor in almost one-third of all fatal crashes that involved a teen (15-18 years old) driver in 2017 (according to NHTSA). Faster speeds rob inexperienced teen drivers of the extra reaction time they may need to avoid a crash.

Make it clear to your teen that driving impaired by any substance (alcohol or drugs) is deadly and against the law. Make sure your house rule is: Drive Sober or Not At All.

According to NHTSA, in 2017, nearly one out of seven teen drivers (15-18 years old) involved in fatal crashes had been drinking alcohol, even though it’s illegal in every State to drink alcohol under the age of 21.

For more safety information to share with your teen driver visit: