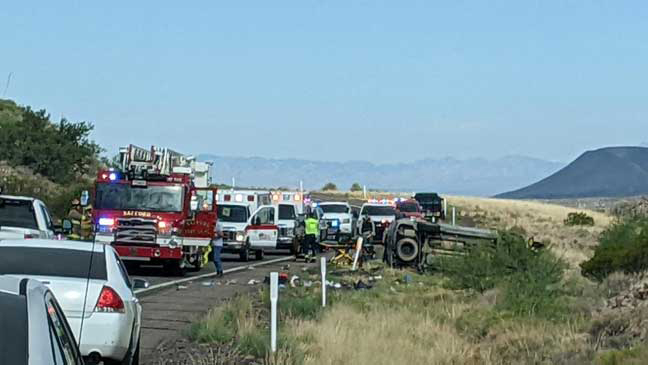 A vehicle accident on U.S. Highway 191 near the Graham/Greenlee border forced the forced the closure of the highway for nearly an hour Friday morning. - Contributed Photo/Brooke Curley

GRAHAM COUNTY — A vehicle crash forced a more than hour-long closure of U.S. Highway 191 between Safford and Clifton on Friday morning.

Arizona Department of Public Safety officials said at 7:54 a.m., a Chevrolet Malibu traveling northbound rolled on Highway 191, at milepost 141 near the Graham/Greenlee border.

Three people were initially trapped inside the vehicle, but public safety teams were able to extricate the victims. One person was taken to a local hospital while a second was flown to a Tucson medical center.

The highway was re-opened at 9:22 a.m. and the incident remains under investigation.