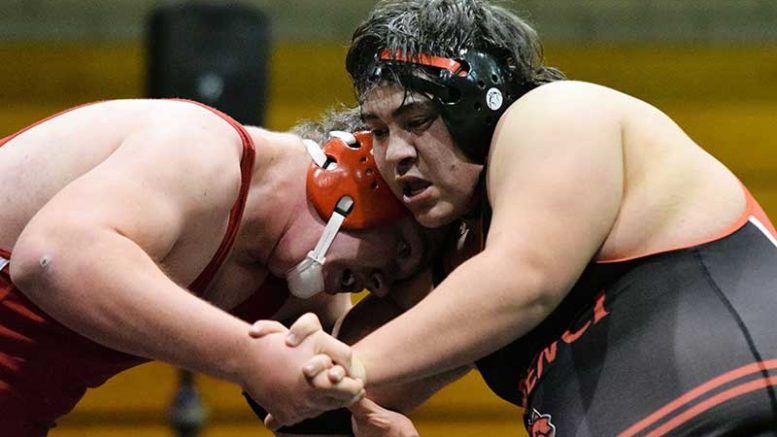 “We were a little banged up (to start the week),” fifth-year Morenci head coach Casey Woodall said. He, too, had a noticeable limp as he hobbled onto the bus bound for Winslow Thursday after school.

“We did not wrestle to our capabilities (in Winslow),” Woodall said. “So we will go back to work and try to make a big push toward the end of the season in preparation for our sectional and state tournaments.”

Morenci joined 35 other Arizona teams, three from both New Mexico and Nevada, and one from both Colorado and Utah. The Wildcats had 13 entrants, minus 152, with two others also gaining experience. 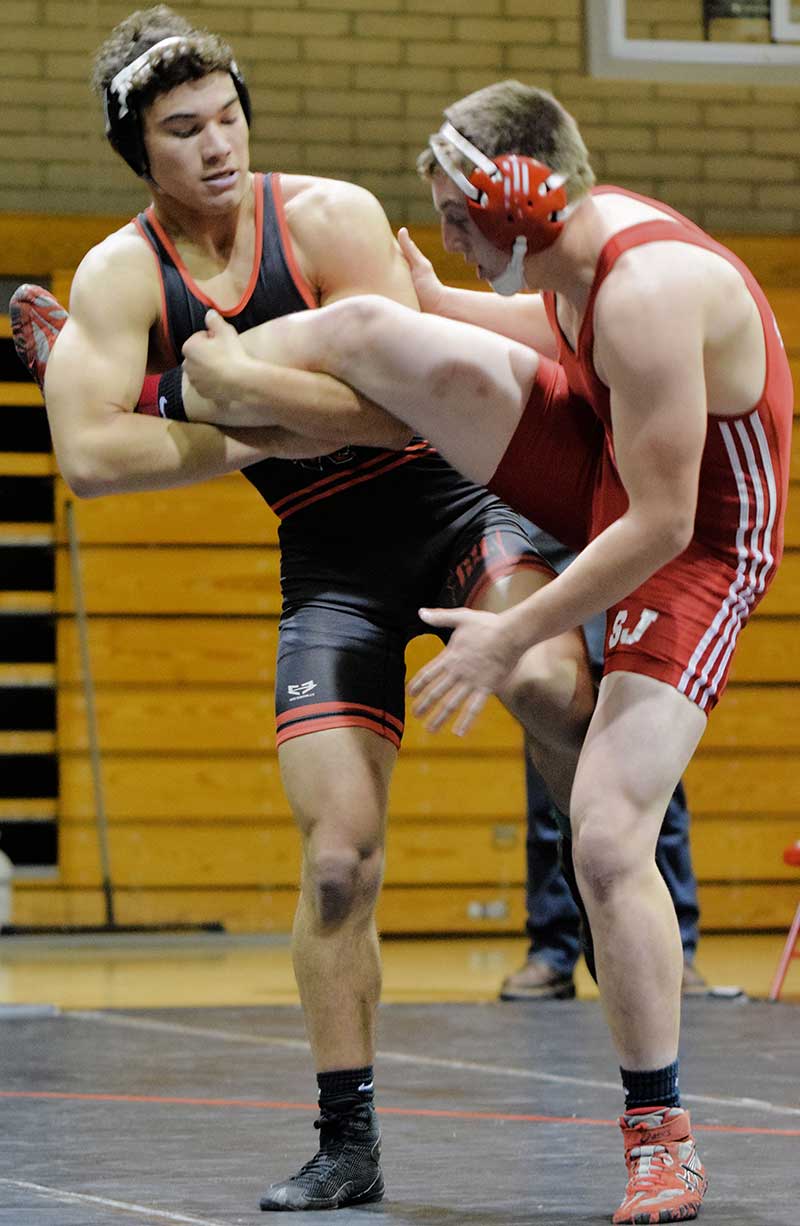 Vierra pinned Texas El Paso Coronado senior Chris Barnes in the second period during the first round, decisioned Colorado Alamosa sophomore Austin Trujillo 9-2 in the quarterfinals, posted a 10-0 major decision over New Mexico La Cueva senior Derek Loidolt in the semifinal, and was decisioned 4-5 by Cleveland sophomore Gabe Garcia in the title bout.

There were 13 Wildcats lined up for a dual with Saint Johns in Wildcat Memorial Gymnasium, on a night recognizing seniors.

The meet was decided on the final pairing, 285 pounds, sophomore Omar Ortega of Morenci verses John Holder of Saint Johns.

Ortega and Holder both scored three points to tie at the end of regulation, forcing an overtime period. There was no score by either competitor and the match went to a second extra period. A 3-point near fall by Holder allowed him to win the match 6-3, and the Redskins received three points, but the final result favored the host Wildcats 40-39.