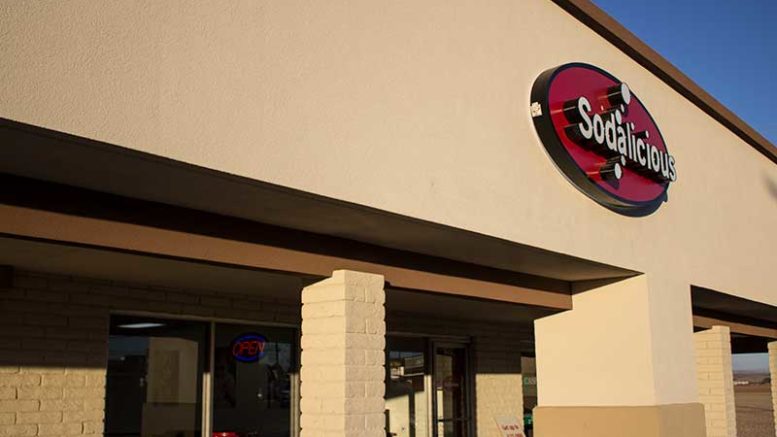 Brooke Curley Photo/ Gila Valley Central: A smell, thought to be a gas leak, turned out to be something else completely.

SAFFORD- There was a stink in the air Saturday, when the staff at the Sodalicious store cleared the building for fear of a gas leak.

Sodalicious is a soda shop located at 1904 W. Thatcher Blvd. in the Mt. Graham Shopping Center. The shop sells a variety of treats, including those made from Rice Krispies, and cookies along with specialty sodas with numerous flavor offerings. However, the Sodalicious store-goers got a little more than they bargained for Saturday when the employees made everyone vacate the premises.

According to the police report, an officer was contacted by a concerned citizen about the intense odor at the Sodalicious store. Apparently, the odor was so extreme that it was making the employees cough and complain that their eyes were burning.

An officer drove to the business at 7.45 PM to survey the scene and was waived down by several employees. When the officer pulled up to talk to the Sodalicious employees, they advised him that they were on the phone with emergency services. The employees told the officer that they had closed the business and were allowing it to air out. According to the employees, they had recently replaced a CO2 tank, and now everyone was coughing and had burning eyes.

The City of Safford utility team came to the Sodalicious location and checked the building for leaks. There were no leaks of any type. As the officer was clearing the scene, he was advised that Jonathan Wilson was behind the store, and possibly defecating behind the dumpster. After receiving the information, the officer drove to the rear end of the building and located Wilson. Upon locating him, the officer told Wilson to leave the area.