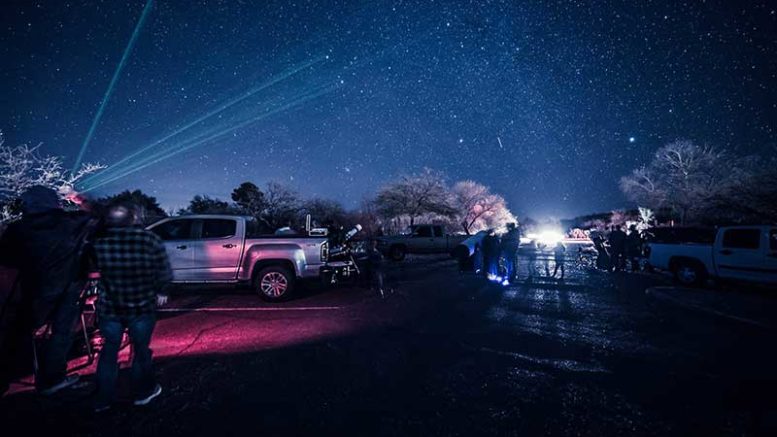 Contributed photo/ Courtesy of Paul Schulz. Over a dozen individuals came to the Roper Lake State Park to look through the telescopes and observe the heavens. Some even brought their children to share in the experience.

SAFFORD- It was a cool crisp night at Roper Lake State Park on Friday, and a perfect opportunity for the public to participate in a night of stargazing.

The Desert Stargazers Astronomy Club worked alongside the Roper Lake State Park to put on the stargazing event. The event was free to the public and featured roughly four telescopes pointed at different celestial views. One telescope was an 11-inch diameter telescope was on loan from Discovery Park. 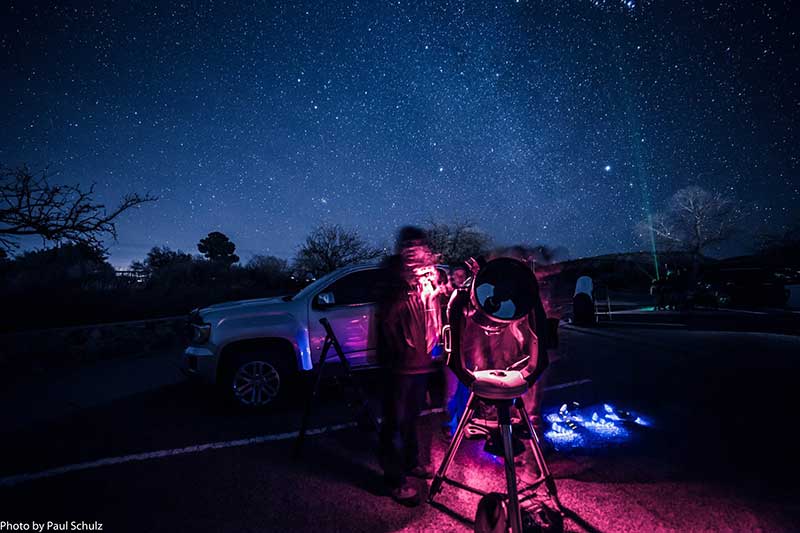 Contributed Photo/ Courtesy of Paul Schulz: Multiple individuals moved from telescope to telescope to take in the view of the heavens.

Paul Schulz is president of the Desert Stargazers Astronomy Club. Schulz told Gila Valley Central that the Orion Nebula is a star cluster. Also, Schulz said that the club had been planning the night since September or October. However, Schulz says one of the most rewarding aspects of the star party is the opportunity to show the public the deep sky objects through the telescope.

“The neatest thing is to show people these objects through the telescope for the very first time,” Schulz said. “ It gives people the opportunity to see galaxies, star clusters, and nebulae for the first time. And to see what a neat thing it is.” 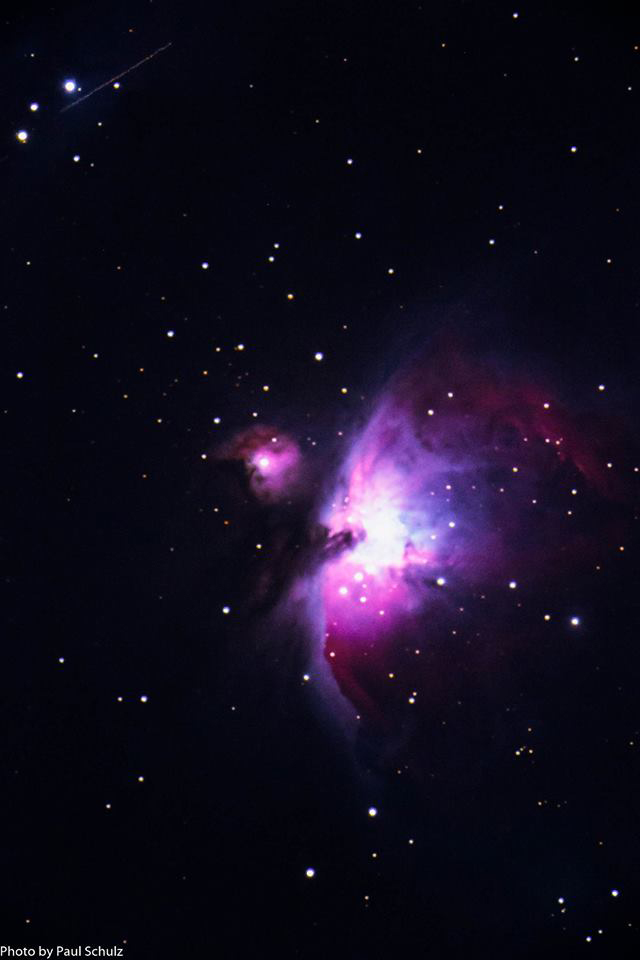 Contributed photo/ Courtesy of Paul Schulz: The Orion Nebula is one of the objects that the public was given the chance to view through the telescope.

Schulz illustrated the fact that many first-time telescope viewers are in awe of the distance at which their eye can see with the help of the telescope. For instance, the Orion Nebula, which was one of the multiple objects that people were looking at during the stargazing party, is 1,344 light years away from Earth.

“When people see something for the very first time, like the Orion Nebula, which is one of the prettiest objects in the night sky, people are astonished at the distances at which these objects are located and how far away from our own solar system in the universe are,” Schulz said. “You can’t see it with the naked eye, but when you can see these things for the first time, a second time, or the tenth time, it’s just amazing. As often as I’ve seen some of these things too now, it’s just refreshing and awesome to see these things again.”

Photos for this article were contributed by Paul Schulz