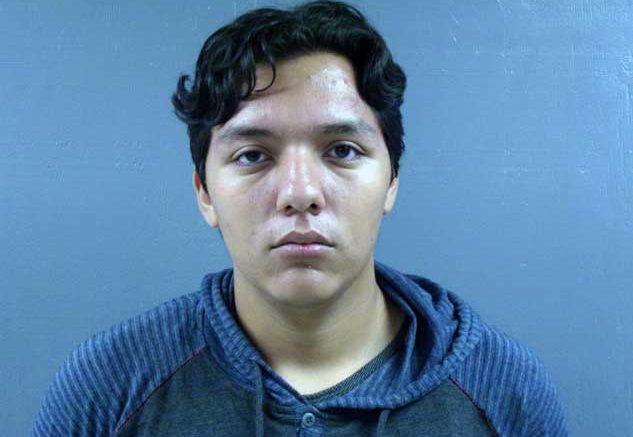 Contributed Photo/Courtesy Greenlee County Sheriff's Office: Gabriel Christopher Ruiz, 18, of Morenci, has been charged with six counts of molestation of a child, two counts of sexual conduct with a minor under the age of 12 and sexual assault.

CLIFTON – A Morenci man who turned 18 after his alleged crimes were committed has been charged as an adult on multiple counts of child molestation and related crimes.

Gabriel Christopher Ruiz, 18, of Morenci, had his case officially charged in Greenlee County Superior Court on Monday. He is listed as having six counts of molestation of a child, two counts of sexual conduct with a minor, and sexual assault. All of the charges are each Class-2 felonies.

Ruiz was initially detained by Greenlee County Probation on July 28 after authorities were informed that he had inappropriate sexual conduct with a boy and girl, ages 5 and 8, respectively. On his birthday Aug. 8, however, Ruiz was transferred to the Greenlee County Jail.

On July 27, a babysitter walked in on the children as they had just finished performing the “love stuff” as they called it. When asked where they had learned such actions, the children advised they had been sexually abused by Ruiz, who is a relative.

Due to the late time, the children’s parents didn’t inform authorities until the following day. They also called Ruiz’s mother and informed her of the situation.

Ruiz then voluntarily surrendered at his house, however, he invoked his right to remain silent and his right to have his attorney present during questioning. He then gave investigators a phone number to an attorney in Mesa.

After his preliminary hearing Aug. 11, Justice of the Peace Precinct 1 Judge Grace Nabor found sufficient evidence to move forward with the case and Ruiz’s charges were bound over to Greenlee Superior Court.

Arizona has some of the toughest sentencing structures for those found guilty of sexually assaulting children, which is on par with committing first- and second-degree murder on a youth.

According to Arizona Revised Statute 13-705, “a person who is at least 18 years of age or who has been tried as an adult and who is convicted of a dangerous crime against children in the first degree involving . . . sexual assault of a minor under 12 years of age (or) sexual conduct with a minor who is under 12 years of age . . . may be sentenced to life imprisonment.” In that case, those convicted of those crimes would not be eligible for parole until having served 35 years or if the sentence was commuted.

If a life sentence is not given to a person convicted of such crimes, the sentencing structure ranges from a minimum of 13 years to the presumptive of 20 years and a maximum of 27 years per count. For sexual assault, the minimum is 10 years, presumptive 17 years and maximum 24 years per count.

Therefore, if convicted on all current charges, Ruiz faces a possible life sentence or between 89 to 191 years in prison. If a plea agreement is reached, however, most of those charges would likely disappear, and Ruiz could plead guilty to only one or two of the current charges or amended charges of attempted molestation or sexual conduct or abuse. Either way, it appears that a prison sentence is likely if Ruiz either takes a plea or is found guilty in Greenlee Superior Court.