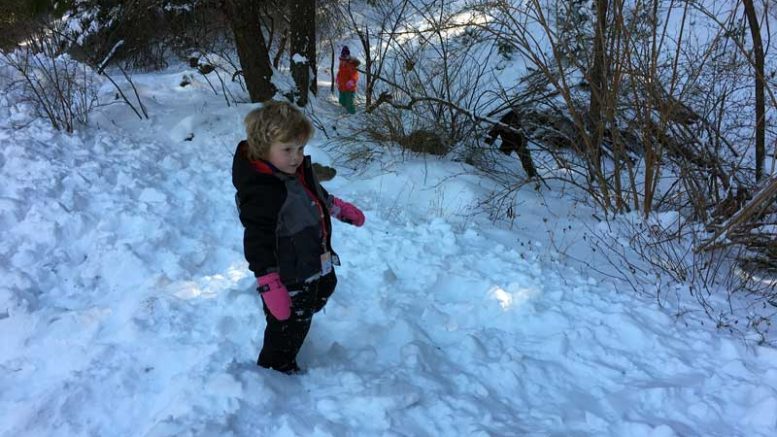 Jon Johnson Photo/Gila Valley Central: Blade Johnson, 2, enjoys playing in snow for the first time. A winter storm left a fresh dusting of snow on Mount Graham over the Christmas holiday, which many families took advantage to have some snowy fun.

MOUNT GRAHAM – With a fresh dusting of powder on Christmas Day, Mount Graham was a winter wonderland for friends and families Monday, who used the holiday to have some fun in the snow. 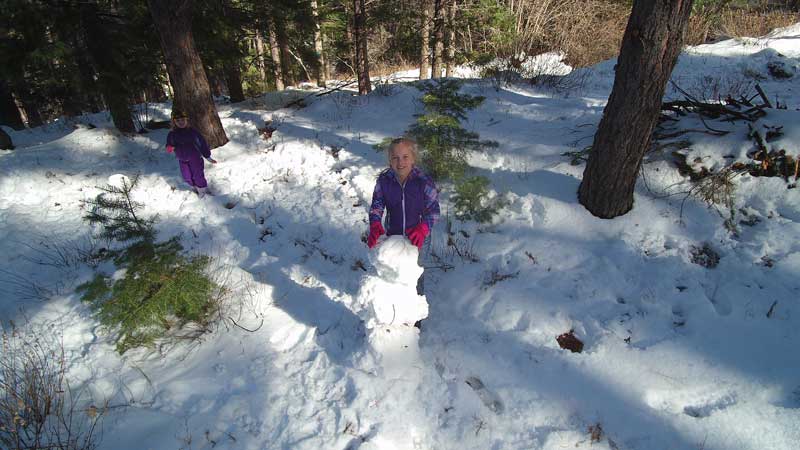 Erik Rich, of Mesa, brought his wife and children to the Gila Valley to visit family during the holidays. Rich, originally from Rochester, New York, said he grew up in snowy conditions such as those found on Mount Graham but  is glad he can now take a short drive to visit the snow instead of having to deal with it in everyday normal activities.

“It was awesome,” Rich said. “It reminds me of Christmas in my youth. Although I like driving to the snow in Arizona as opposed to having the brown snow all around you.”

While the University of Arizona Meteorological Network’s (AZMET) station in Safford only measured .08 of an inch Christmas Eve and .02 of an inch Christmas day, parts of Mount Graham had fresh snow drifts of 18 inches. However, according to the National Weather Service, just 23 inches of precipitation has accumulated at Columbine for the year, with .26 of an inch falling Dec. 26. Columbine is situated on the mountain at about 9,521 feet above sea level.

Down in the Gila Valley, the AZMET station just east of Safford has measured 12.71 inches of rain through Christmas this year. That is an inch less than the 13.71 inches measured last year but is the second highest annual total in the history of the data collection of the station, which goes back 30 years.