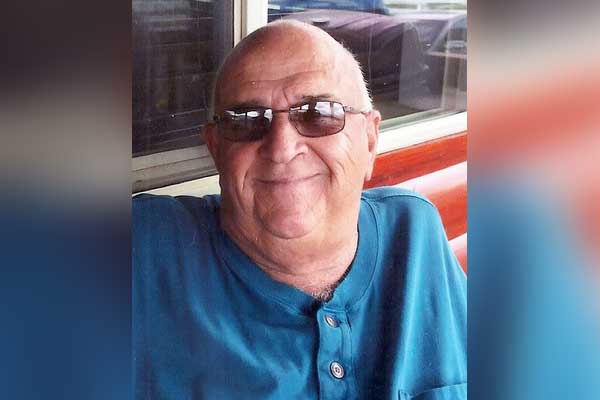 Michael Frank Naccarati, age 72,  long-time resident of Pima, passed away in Tucson on Sunday, November 29, 2020. Mike was born in Morenci, AZ on November 21, 1948, to Frank and Margaret Naccarati.

Mike graduated from Morenci High School in 1967. After graduating, he attended Eastern Arizona College for one semester.  Then, Mike enlisted and served in the U.S. Army.  In 1968, Mike was stationed at Walter Reed Army Hospital where he met the love of his life, Linda Jane Ide while she was attending Marjorie Webster Jr. College. In 1969, Mike was stationed in Germany and,  in 1970, served a year in Vietnam.

Upon his return, he married Linda in her hometown of Rochester, New York. They moved to El Paso, Texas for a year while Mike continued to serve in the U.S. Army. In 1972, Mike was discharged from the U.S. Army. Together, Mike and Linda relocated to Morenci, Arizona where Mike worked for Phelps Dodge (Freeport McMoRan, Inc.). During his 39.5 years with the Company, Mike served in various positions including a train operator, haul truck driver, shovel operator, and equipment operator in reclamation.

In September 1973, Mike and Linda had their first daughter, Jennifer. In 1979, their second daughter, Amy arrived. They raised their family in the Morenci-Clifton area. After retiring in 2009, Mike and Linda built their dream home in Pima, AZ.

Mike enjoyed metal detecting, jeep rides with Linda, woodworking, welding, and doing a number of projects in his shop. He also loved hunting and fishing. He never met a stranger and would make friends easily with anyone willing to lend their ear.  Traveling was something that Mike also loved, especially going to the mountains to enjoy the cooler weather in the summer. He loved spending time with his kids, grandkids, and great-grandkids. The best was when everyone came for family dinners.  He was also very passionate about Project Luke and truly enjoyed putting the bikes together for the children.

Mike is survived by his daughters, Jennifer (Benji) Morales, of Morenci, AZ and Amy (David) Naccarati-Cholo of Gilbert, AZ,  5 Grandchildren: Taylor (Mark) Martinez, Jason, Paige, Hannah, and Alexander, and 3 great-grandchildren: Siena, Catalina, and Luna. Mike is also survived by his brother David (Shona) of Tucson and John (Jan) of Tucson and sister-in-law Sherry (Gregg) Johnson of Potomac, Maryland and by many nieces and nephews.

A memorial service will be held on January 2, 2021, at the New Life City Church at 11:00 a.m.  We ask for those who are attending to please wear masks and try to follow the social distancing guidelines.