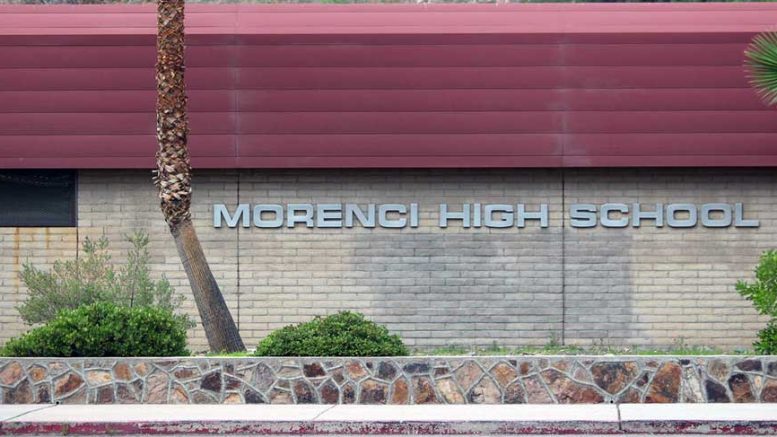 Three students were taken into custody Friday after an incident involving a .22 pistol.

A .22 pistol found in student’s backpack

Three Morenci High School students were taken into custody by Clifton police on Friday, Jan. 27, after the students were seen with a gun near the campus.

Morenci Superintendent Dr. David Woodall said on Monday that the three were seen in possession of a gun while they were on a street just across from the high school campus. He said students who saw the three immediately reported it to school officials, who in turn contacted Clifton Police. The incident occurred around noon.

No lockdown of the school was put into effect as police made an immediate response. Clifton Police Sgt. Jason Mingura was quickly on the scene, as were deputies with the Greenlee County Sheriff’s Office.

“We were able to retrieve a pistol,” Negrete said.

A .22 pistol was found in one of the student’s backpack, which was reportedly inside a locker. He said the students were handcuffed and taken into custody and were later released to juvenile authorities. He said he believes all three were taken to the Eastern Arizona Regional Juvenile Detention Facility in Graham County as no such facility exists in Greenlee County.

He said no threats were reported to have been made by the three, and students easily identified the three who were involved in the incident.

“We’re proud of students who immediately reported what they saw,” Woodall said.

No information was immediately available about whether the pistol was loaded or if all three students remain in custody as of Monday morning, Jan. 30.

Morenci’s is the largest of two high schools in Greenlee County.

Note: A previous version of this article reported the gun was found in the student’s locker, not his backpack. It has since been updated.