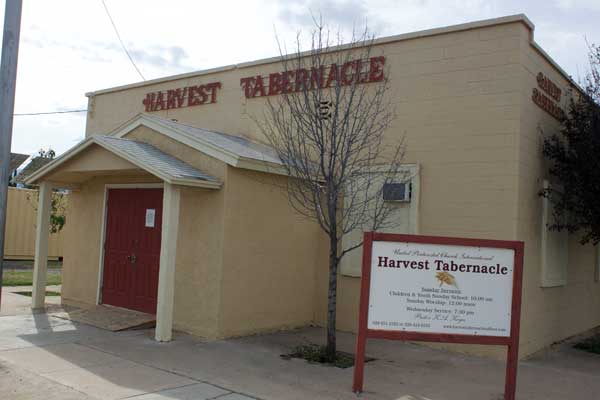 SAFFORD – The devastating rain and ice storm that should have been a curse has turned into a blessing for Harvest Tabernacle, the local United Pentecostal Church.

The church, along with many local schools, businesses, homes, and churches, sustained massive damage during the Oct. 8-9, 2016, rain and hail storm. 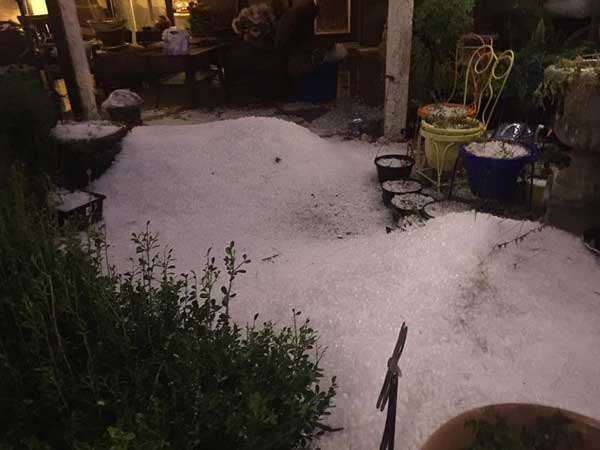 The historic storm dumped several inches of rain and up to six to 10 inches of hail in a two-hour time span. The accumulation of water and ice caused the aging trusses of the church on the corner of 7th Avenue and 7th Street in Downtown Safford to crack. The weight of the water also broke the roof plating, damaging the ceiling, walls, carpet, air conditioners, and floors. During an inspection of the damage, extensive asbestos contamination was discovered.

Jon Johnson File Photo/Gila Valley Central: Hail is piled up along side the roadway after the Oct. 8-9, 2016 storm.

Because of the cracked trusses, the city of Safford deemed the building unsafe. This left the congregation without a place to gather.

The church was built in 1953 by Rev. Harlan Gregg and has had two other pastors since then. Rev. Mervin Keyes pastored from 1975 to 1994, and Rev. Kris Keyes took over the pastorate in ’94.

“My initial reaction to the damage was panic,” Pastor Kris Keyes said. “I wasn’t sure what to do or which direction to head. I was confident God would take care of us, but I had never dealt with a situation like this before.” 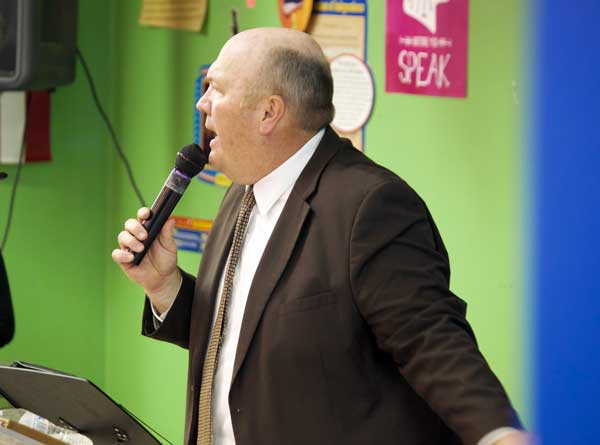 Once the shock had subsided, plans began to fall into place. The first order of business was to find a place to hold services.

The church had allowed the Boys & Girls Club of the Gila Valley to use its van to transport members after school since 2012, so an arrangement was made for the church to temporarily use the club on Sundays and Wednesday evenings. It now rents the building previously housing the Regency Medical Offices next to CMI for church services.

The ground was recently broken at the church’s new property at 623 7th St., which is directly east of its old property. The property was purchased from Owens Properties.

“We so appreciate Owens Properties and the kindness and graciousness of Randa and Shawna,” Pastor Kris Keyes said. “The opportunity to purchase this property could not have come at a better time.” 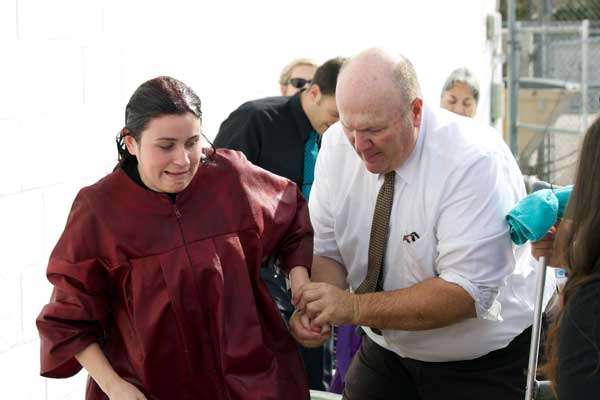 The plan is to build a new, much larger building on the new property, and, after the shell of the old building is razed, the old property will be the parking lot for the church, as well as local events in Downtown Safford.

“We are excited to see progress on our new church building,” Pastor Kris Keyes said. “Not only will we have a new place of worship, but we will be able to use it for other community functions, including Alcohol and Drug counseling, such as the Alcohol Chemical Treatment Series (ACTS) program.

The new building and parking lot construction will be funded through insurance money, donations and, if needed, a bank loan. Blue Clear Skies Construction Company is building the new church and the estimated time of completion is by the end of December.

Donations are welcome, and checks can be sent to the following address: