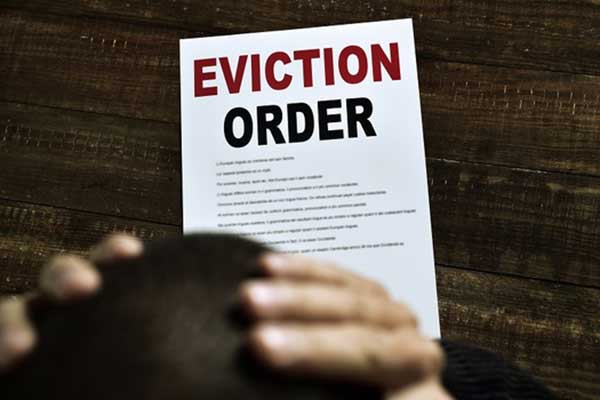 Thousands of Arizona renters could face eviction in January when both the federal eviction moratorium and CARES Act housing assistance are scheduled to end. (nito/Adobe Stock)

PEORIA, Ariz. — Many Arizonans have used legal and financial assistance programs to keep a roof over their heads during the pandemic.

However, advocacy groups say families behind on their rent could face a perfect storm Dec. 31, when the eviction moratorium and assistance programs both come to an end.

Census Bureau statistics show more than 150,000 Arizonans currently are behind on their rent, and about one third of them believe they will soon be evicted.

Cynthia Zwick, director for the social services agency Wildfire, said short of Congress extending the CARES Act, the state will face a major housing crisis in the new year.

“We’re working with a coalition of members that is asking for an extension of the CDC moratorium,” Zwick explained. “We’re asking for additional funds from the federal government. There’s a letter asking the governor for additional support. But I’m not hopeful that we’re going to see something happen fast enough.”

Zwick noted hundreds of thousands of Arizonans have seen jobs and their income disappear since the pandemic began in February.

She cautioned while some housing assistance programs are still able to help, most of them are close to exhausting their resources, and added the pandemic also has hurt the state’s landlords, many of whom need monthly rent payments to cover their mortgages and avoid foreclosure on their properties.

“Tenants should continue to work with their landlord to work out either payment plans or extensions of time within which to pay the rent,” Zwick suggested. “I think they should also reach out to utility companies if they have gotten behind on their utility bills. There is help out there for that which continues past the first of the year.”

Advocates warn renters with physical or emotional challenges are particularly vulnerable to being evicted.

Julia Cordy, an attorney with the Arizona Center for Disability Law, said their condition often puts them in more danger that others.

“We’re seeing an increase in symptoms due to the stress of COVID, the stress of looming evictions, financial issues,” Cordy outlined. “And in some cases they’re being evicted not just for financial reasons but because of behaviors that relate to their disabilities.”

A listing of programs and agencies that can assist people facing evictions is online at WildfireAZ.org.