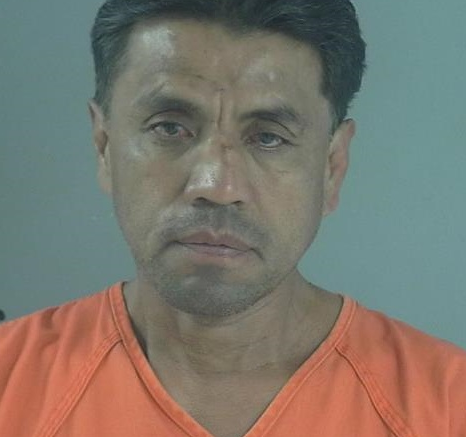 Contributed Photo/Courtesy GCSO: Jonathan Wilson was booked into the jail after he was found cursing and pounding on the facility's door.

SAFFORD – Frequent jail resident Johnathan Wilson, 48, was invited back inside the Graham County Jail on Friday after he was found banging on the facility’s door.

Safford officers and a Sheriff’s Office deputy responded to the jail at 523 S. 10th Ave. at about 5:45 p.m. regarding Wilson banging on the door. Upon arrival, Wilson, who has had innumerable cases regarding public intoxication and trespassing charges, allegedly asked the deputy, “What the (expletive deleted) do you want?”

A jail detention sergeant informed the deputy that she had heard the noise and when she went to investigate found Wilson banging on the door, cursing and demanding to see the jail’s nurse.

County Dispatch confirmed Wilson had two active warrants for his arrest regarding trespassing and shoplifting charges from the Thatcher and Safford municipal courts. He was then escorted inside and booked on his warrants and a new additional charge of disorderly conduct.