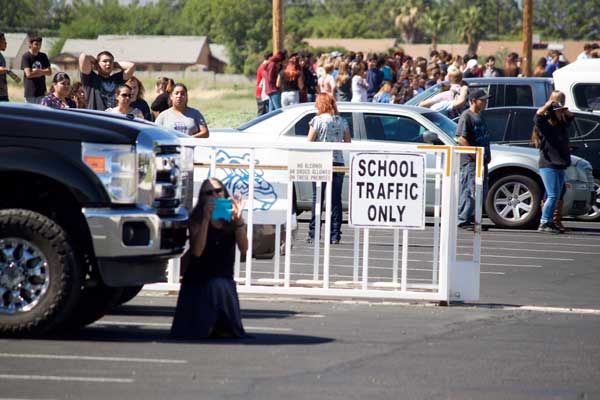 SAFFORD – The Safford Police Department announced early Tuesday evening that it had arrested a juvenile suspect for sending a bomb threat to Safford High School on Monday. The suspect’s name has not yet been released.

Jon Johnson Photo/Gila Valley Central: A suspect in a bomb hoax at Safford High School has been arrested.

According to the press release, the 17-year-old suspect admitted to posting the threat that caused the incident. The police have requested charges to include threatening or intimidating and hoax. Threatening or intimidating in this form is a Class-1 Misdemeanor and Hoax is a Class-4 Felony. The Arizona Revised Statute 13-2925 also notes a person convicted of hoax may be liable for any expenses incurred incident to the emergency response and investigation of the offense. The Graham County Attorney’s Office will make the final determination as to what, if any, charges are filed.

Authorities and firefighters were dispatched to the school Monday shortly after 10 a.m. after school administrators alerted them to the threat. The suspect, using an app called “After School”, posted that a bomb would detonate at the school within 30 minutes.

According to its website, the After School app “fosters fun and creative online and offline experiences for America’s teens in a positive environment with zero tolerance for cyberbullying, threats or content that threatens the safety of our online community.”

The school was evacuated, and, after the time period eclipsed, officers and school administrators searched the facility for any items out of the ordinary. After not finding anything awry, the school was deemed safe and students were allowed back inside at about 11:24 a.m. to resume their day. 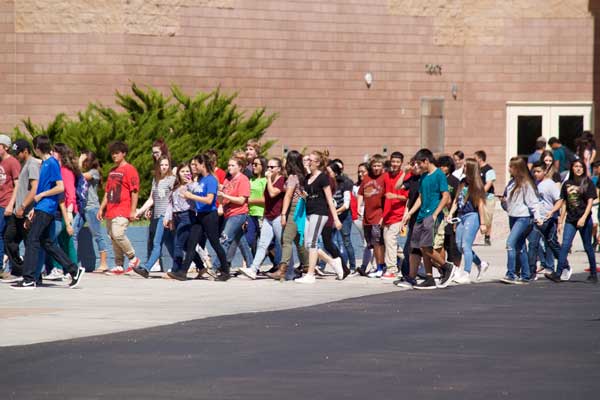 Safford Police Chief Joe Brugman wrote an email to Gila Valley Central and said the investigative information that linked the juvenile to the incident was developed by the department’s detectives. He added that the staff at the After School app were also “very instrumental” in the resulting arrest.

Brugman said while the juvenile had no means of actually performing any type of explosive attack on the school, the suspect’s actions caused “a substantial disruption at the school to the students and staff” and caused police, firefighters and emergency service personnel to be pulled away from other responsibilities.

Brugman also lauded the efforts of Officer Luke Arbizo, the school’s recently hired resource officer, and the facility’s staff in their handling of the situation.

“This case exemplifies the value of having a school resource officer on campus,” Brugman wrote. “Officer Arbizo had begun communication and coordination with school staff before additional officers were able to arrive on-scene. The school staff did an excellent job of caring for the students’ well-being from the time they were notified of the threat and throughout the evacuation and subsequent inspection of the buildings. From start to finish, everyone – schools, police, fire and emergency services – performed exceptionally well.”