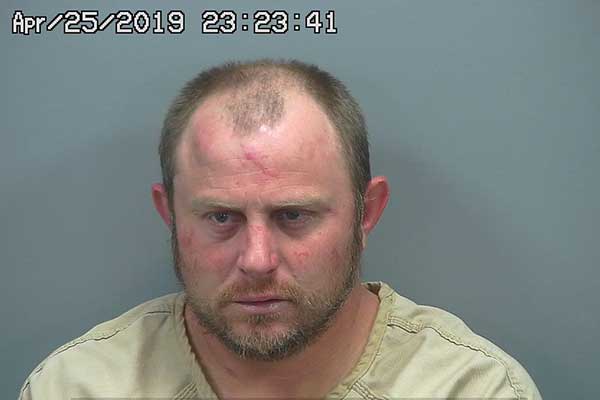 SAFFORD – A Safford police officer was dispatched to the Tour Rest Motel last Thursday at approximately 7:00 PM to conduct a welfare check on some children that were reportedly in a bad living environment and did not have any food. While on his way to the call, dispatch advised the officer that the father of the children, Joshua Stewart had a valid warrant for his arrest.

The officer grabbed Stewart’s hand to place the handcuffs on him. Stewart pulled away from the officer and started yelling for his girlfriend. As the officer tried to subdue him, Stewart threatened threatened to knock the officer out if he touched him.

Stewart started walking away as the officer called for more units due to Stewart’s combative nature. The officer drew his pepper spray and delivered a burst into Stewart’s head and face area.

Another officer arrived on the scene and took Stewart to the ground. Stewart continued to resist the officers, screaming expletives at them while he tried to fight them off. One of the officers delivered knee strikes to Stewart’s body, which were ineffective. Finally, an officer delivered several strikes to Stewart’s face and he started to comply and authorities were finally able to get handcuffs on him.

Stewart was transported to the hospital where the barbs were removed. He was also treated for the pepper spray. Stewart ultimately admitted that he had used meth about four hours prior to his contact with police.

An officer went back to the hotel and saw that the children were with their mother and had groceries and food on the table. According to the police report, the children appeared to be in good condition.

Stewart was transported to the jail and booked on the warrant. He also faces charges of aggravated assault on a police officer and resisting arrest.