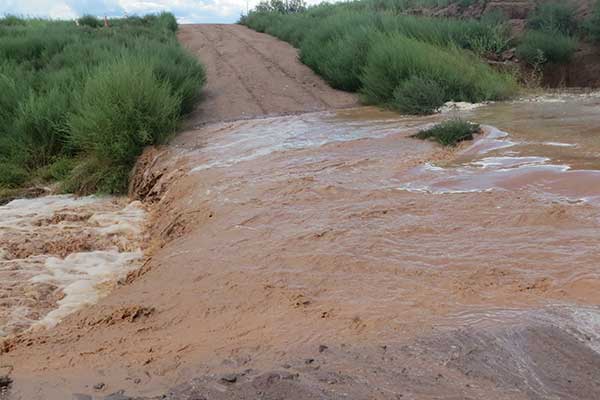 Listen to the report:

At approximately 10:15 PM, Tuesday night, the Cochise County Sheriff’s Office was advised of a man driving a 1996 Ford Thunderbird who was stuck in a wash near mile post 5 on N Cochise Stronghold Road in Cochise.

The phone disconnected and attempts to recontact the caller were not successful.

The Cochise County Sheriff’s Office Search and Rescue team was dispatched as well as Sheriff’s Deputies who responded to the area. All units discovered that Cochise Stronghold Road was flooded at Dragoon Road with units advising that the water was at least four feet deep and running strong. When units were able to locate the vehicle, they discovered a male subject inside who was deceased.

This is the third flood-related fatality in southern Arizona this monsoon season. A woman’s body was found in a wash last week, and a man was killed in Sahuarita after his car was swept away into a wash.