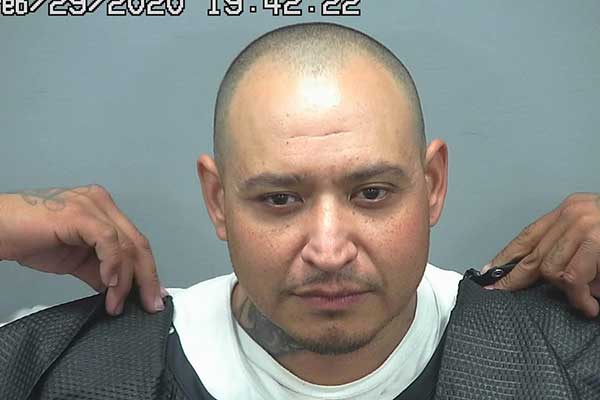 A Safford police officer on patrol at approximately 3:30 pm on Saturday afternoon noticed a black Nissan Altima that had a dark cover over the license plate. The officer initiated a traffic stop in the area of El Paso Boulevard and 8th Avenue.

The officer approached the driver, identified as Michael Herbert Rivera, and told him that he was being stopped for having a dark cover over his license plate. While talking to Rivera, the officer noticed a butane torch on the passenger seat, which is commonly used to smoke methamphetamine.

Rivera’s identification showed an address in Bisbee but he told the officer that he was from Clifton. He said that he was in town for work but had been laid off. Rivera denied having any firearms in the vehicle and when asked if he had any illegal drugs in the vehicle he said, “I don’t do drugs.”

The officer asked if he could search the vehicle. Rivera said that he was in a hurry and the vehicle belonged to his brother. The officer requested a canine unit.

Another officer arrived on scene to assist and Rivera was asked to step out of the car. During a pat down, the officer found a large amount of cash in Rivera’s pocket. Rivera stated that it was about $500. After removing Rivera from the vehicle, officers could see a digital scale in the driver’s side panel as well as a torn plastic seal with a white residue on the driver’s side floor.

A canine unit arrived and conducted a sniff test. The canine alerted to the driver’s side of the vehicle. In addition to the scale, officers found five plastic baggies, which contained large chunks of a white crystal substance that later tested positive as methamphetamine. The meth weighed in at 46.4 grams; an amount considered likely to be for trafficking rather than personal use.

Another scale was found under the driver’s seat. Two glass smoking devices were found in the center console. One of them had green residue that smelled like burnt marijuana and the other with white residue consistent with meth.

Rivera denied knowledge of the drugs. When asked if his fingerprints would be found on the meth baggies he said, “I don’t know.” The officer pointed out that Rivera did not act surprised when he was placed under arrest for the drugs.

The vehicle was towed from the scene and placed in the impound. Rivera was taken to the Safford Police Station for drug testing, then booked into the Graham County Jail.