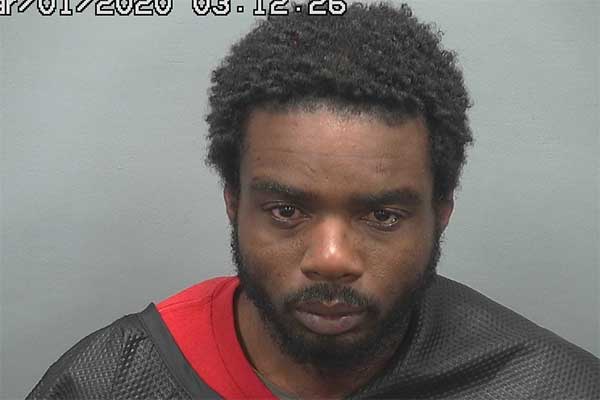 A Safford police officer on patrol last Saturday night at approximately 11:15 pm, passed a red Chevy Silverado on Highway 70 that didn’t have it’s headlights on. The officer turned around to conduct a traffic stop and the Silverado abruptly turned south onto 8th Avenue and accelerated to a high rate of speed. The driver of the truck turned on his headlights before turning left onto 7th Street.

The officer saw the Silverado leave the scene at a high rate of speed. The passenger was identified as Robert Sandoval. Additional officers from Safford and surrounding areas joined the search for the suspect as well as the vehicle.

An officer found the vehicle parked in front of Sandoval’s residence. He reported that he had one suspect at gunpoint and a female passenger had fled from the vehicle into the home. The suspect was identified as Roosevelt Kitchen, who was also the owner of the truck that fled from police. The officer had apprehended Kitchen while he was sitting in the driver’s seat of the truck.

Kitchen told authorities that a guy held a weapon to his stomach and forced him to run from the cops. Kitchen also said that there was a gun in the vehicle.

The officer asked why Kitchen fled the scene after the passenger jumped out and ran. Kitchen claimed that he fled because he was scared and didn’t know what to do. The officer asked how Kitchen ended up in front Sandoval’s house, who authorities had recognized as the passenger who ran. Kitchen claimed that his truck started to break down so he stopped at the residence.

Authorities apparently didn’t believe Kitchen’s story that his car just happened to break down in front of the home of the passenger he claimed was threatening him and forcing him to flee law enforcement. The road he was found on was also off of a main road. The officer pointed out that it was not a reasonable location to simply pull over because of car problems.

While inventorying the vehicle, authorities found a large fixed-blade knife in the back seat of the truck. No gun was found despite Kitchen’s claim that his assailant had left one in the back seat.

Kitchen was arrested for felony flight and reckless driving. His license had been suspended. After failing sobriety tests, Kitchen is also facing charges of aggravated DUI. Kitchen was booked into the Graham County Jail.