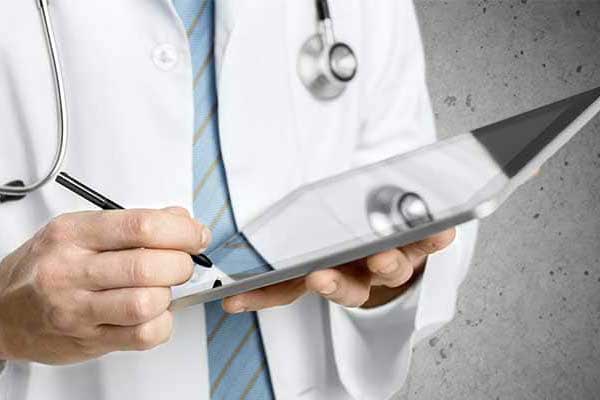 SAFFORD – Last Friday afternoon around 12:20 pm, authorities were dispatched to Mount Graham Regional Medical Center. A doctor reported to an officer that a man who was identified as Jonathan Menefee had impersonated a doctor in order to get a prescription for dilaudid filled.

The physician said he had spoken with a person on the phone claiming to be the man’s doctor who advised them that the man would be coming in for a prescription refill because the man was not in California to get it filled there. The man arrived at the hospital and gave the doctor a phone number to get into contact with his physician. The doctor did not fill the prescription, but instead only gave him some pain killers for the visit due to reported chest pain.

Hospital personnel looked up the original phone number in which the man’s “doctor” had called from and discovered the call had been made from the hospital gift shop. An alternate number the man had given the doctor actually belonged to a medical office, however, they had no recollection of who the man was and no one had called on behalf of the man. Menefee reportedly told medical personnel that he was going to Willcox to get his prescription filled, since he wasn’t able to get it filled in Safford. The hospital in Willcox was contacted to make aware of the situation and they were going to contact the police to be waiting for the man. Authorities advised the doctor to contact Safford Police Department if he heard from the man or if any other information relating to this case came to their attention.