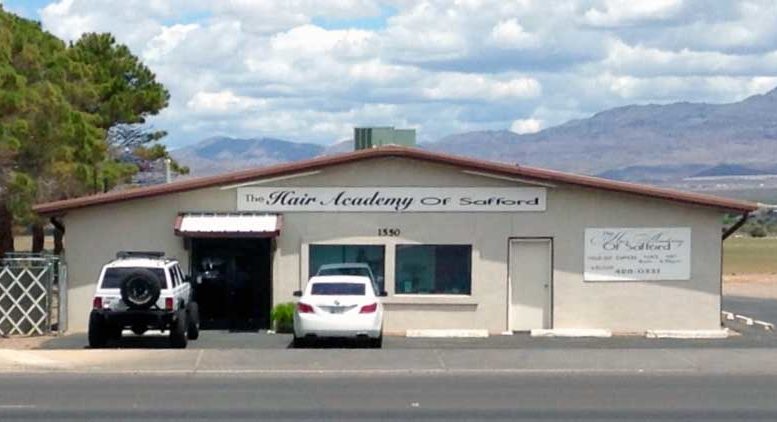 A student at The Hair Academy of Safford has been jailed for assault, criminal damage and disorderly conduct after an argument he had with another student reportedly became physical.

SAFFORD – Hair salons are notorious as gossip centers but an officer who responded to The Hair Academy of Safford received a first-hand account after a student went on a tirade, resulting in damaged items and multiple charges.

Glyn Alexander Loya, 28, of Safford was arrested and booked into the Graham County Jail on Friday, June 23, and charged with assault, criminal damage and disorderly conduct. The charges stem from an incident at The Hair Academy of Safford at 1550 W. Thatcher Blvd, which is just west of 14th Avenue.

According to a Safford Police report, Loya became upset with his female mentor at the school, who is also a student, and a verbal argument quickly escalated into being physical.

Officers were dispatched to the school, Friday at about 4:47 p.m. Once there, the victim said Loya had become upset and began swinging a skateboard around, breaking and throwing objects intentionally. The officer noted various broken and scattered items, including tipped over trash cans, broken fans, chairs, a coat rack, vase, glass, wood stand and other miscellaneous items in disarray. Additionally, the reporting party had a small cut on her hand that occurred during the fracas. She denied medical treatment at the scene. 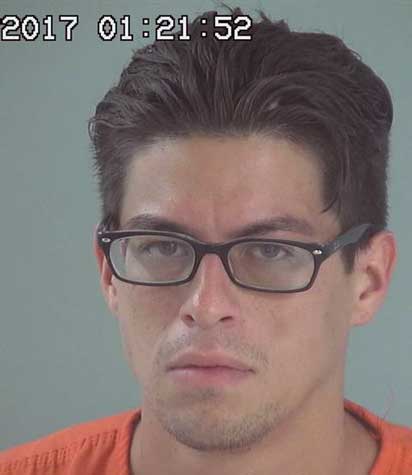 The officer also spoke with Gary Scott, who identified himself as the owner of the academy, according to a Safford Police report. In the report, Scott informed the officer that he wished to pursue charges against Loya for criminal damage and to have him trespassed from the property.

While the officer was at the Mt. Graham Regional Medical Center later that day on a separate, unrelated call, healthcare workers advised there was a patient at the hospital who may have been involved in the incident at the hair academy.

The officer then located Loya being treated for an injury to his leg, which he said occurred at the hair academy. Loya allegedly admitted causing the damage and was arrested and taken to jail after being medically cleared. He was also taken into custody on a warrant from Safford Municipal Court regarding failure to comply with probation rules stemming from a 2015 conviction for possession of drug paraphernalia.

When Gila Valley Central called The Hair Academy of Safford for comment, Joey Scott identified herself as the owner of the property and school and initially denied any incident took place.

“Nothing like that happened here,” Joey Scott said. “That did not happen here.”

When informed of the police report and given the names of all individuals involved, Joey Scott then questioned the purpose of the report and said Gila Valley Central would be violating the students’ rights if the article was reported.

However, the Safford Police report the information was culled from is indeed public record, as well as the charges against Loya.

“I am the only owner of this school, nobody else,” Joey Scott said. “Whoever commented had no right.”

As of Tuesday afternoon, Loya was still being held in jail on the two separate cases with a $500 bond on the hair academy case and a $385 bond on the 2015 drug paraphernalia case. He is being adjudicated in Safford Municipal Court, and his next court date is scheduled for Wednesday at 6:30 p.m.