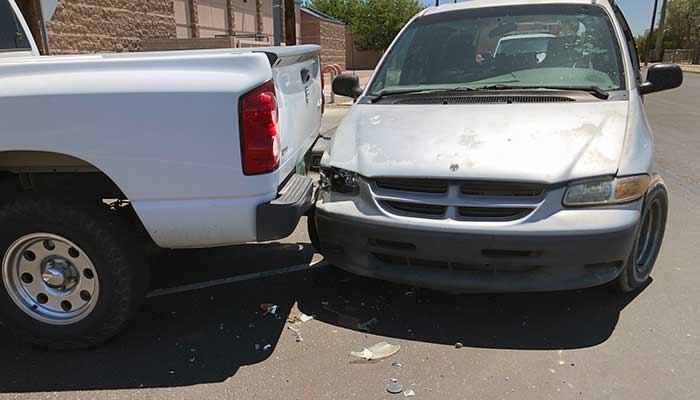 SAFFORD – Thursday afternoon officers inside the police station were alerted to a sound outside the south side of the building that turned out to have been someone crashing into one of the unmarked police trucks parked out back.

The man driving the minivan came into the police station and admitted hitting the police vehicle. The Thatcher Police Department was notified of the situation so they would be able to conduct an investigation of the accident and question the man as to what happened. After speaking with the man, authorities ran tests that determined the man was under the influence of drugs. The man was arrested and charged with a DUI. The man’s minivan was towed from the scene