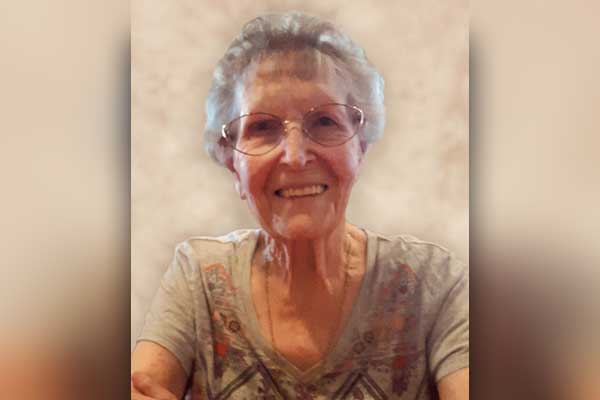 Viola Madge Lofgreen-Moffett, a resident of Pima, entered into life eternal Thursday morning, January 2, 2020, at her residence, with her family at her side. Madge was 87.

Madge was born May 4, 1932 in Eden, Arizona, the daughter of Thomas and Etha Marvin Colvin. At the age of 9 her family relocated to Colorado. While there, she was baptized as a member of the Church of Jesus Christ of Latter-day Saints. In 1946, the family returned to Eden where she finished her formal education at Pima High School. Following her graduation, Madge met and soon married Lewel Jarrett “Cotton” Lofgreen. They were married on December 8, 1950. Throughout her lifetime she worked many jobs including Brown’s Café in Safford, Pollock’s Western Wear, Kempton Chevrolet and the Graham County Assesor’s Office. In 1986, Madge suffered a great loss as her beloved husband, “Cotton”, passed away. She later remarried to Loren Moffett in 1987. Madge was well known for her keen intellect and her kindness, generosity and love of serving others.

Funeral services for Madge will be conducted Saturday afternoon, January 11, 2020, at 1:00 p.m., at the Church of Jesus Christ of Latter-day Saints Safford Stake Center by Bishop Craig O’Donnal of the Safford Fifth Ward. Concluding services will follow in the Safford Cemetery.

The family suggests donations in Madge’s memory be made to the Mount Graham Safe House, 1601 South 20th Avenue, Safford, Arizona  85546.