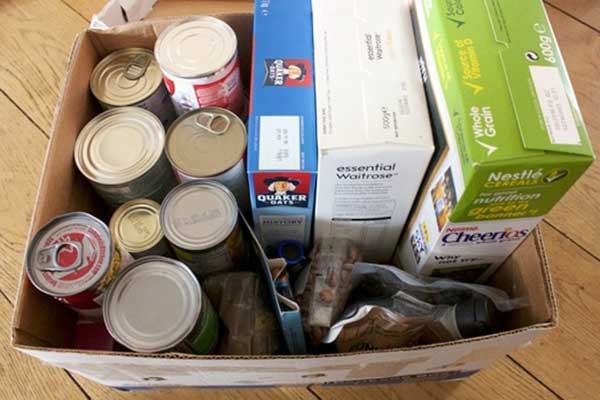 PHOENIX – The federal government shutdown has ended, if only temporarily, but the hardships brought on Arizonans who receive food assistance may continue.

During the five-week hiatus, funds for the U.S. Department of Agriculture’s Supplemental Nutrition Assistance Program were paid early to make sure recipients got their benefits. However, according to Dottie Rosenbaum, a senior fellow with the Center for Budget and Policy Priorities, Arizonans may have an extended wait for their next SNAP allotment.

“Pretty much everybody who receives SNAP is going to have at least a 40-day gap, where usually it’s about 28 to 31 days, dates that pay benefits over a longer stretch of the month,” she said. “Roughly 25 percent of households in Arizona will have to wait 50 days or longer.”

Rosenbaum said most Arizona families with SNAP benefits will have to find other food sources until March benefits are paid. A family of four whose income is not more than 130 percent of the federal poverty level receives about $460 a month, although they also may be eligible for other programs. She added that many of the federal employees and contractors who lost jobs during the shutdown turned to SNAP for assistance.

Angie Rogers, president and chief executive of the Arizona Association of Food Banks, said they’ve already had an influx of new clients since the shutdown but, so far, have been able to handle the increased demand.

“We’re serving a number of individuals who had been furloughed, so we’re directly impacted by the government shutdown,” she said, “but we don’t anticipate seeing SNAP recipients being impacted until about mid-February – which for Arizona is about 835,000 people.”

Rogers said they anticipate some help from federal agencies to augment their supplies.

“We also have trade-mitigation foods that were distributed to food banks across the country, so we have things like dairy and pork, and other products in our food banks,” she said. “What we’re struggling with right now is how do we move all of that food in an effective and efficient way?”

She said the problems for federal workers and SNAP beneficiaries have eased for now, but the agreement to reopen the government is only through mid-February. She said she foresees another food crisis if the issues that prompted the shutdown aren’t settled by then.