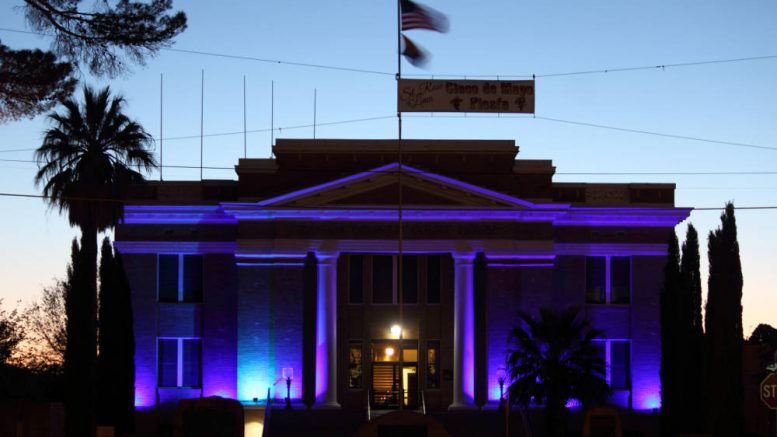 SAFFORD – Graham County Superior Court Judge Michael D. Peterson spoke to a crowd at the Child Abuse Prevention Kick Off on Thursday evening, saying that the community has an obligation to stand against child abuse wherever it occurs.

The local branch of Child and Family Resources (CFR) hosted the event to kick off Child Abuse Prevention month, which locally is recognized all April by lighting up the courthouse blue. 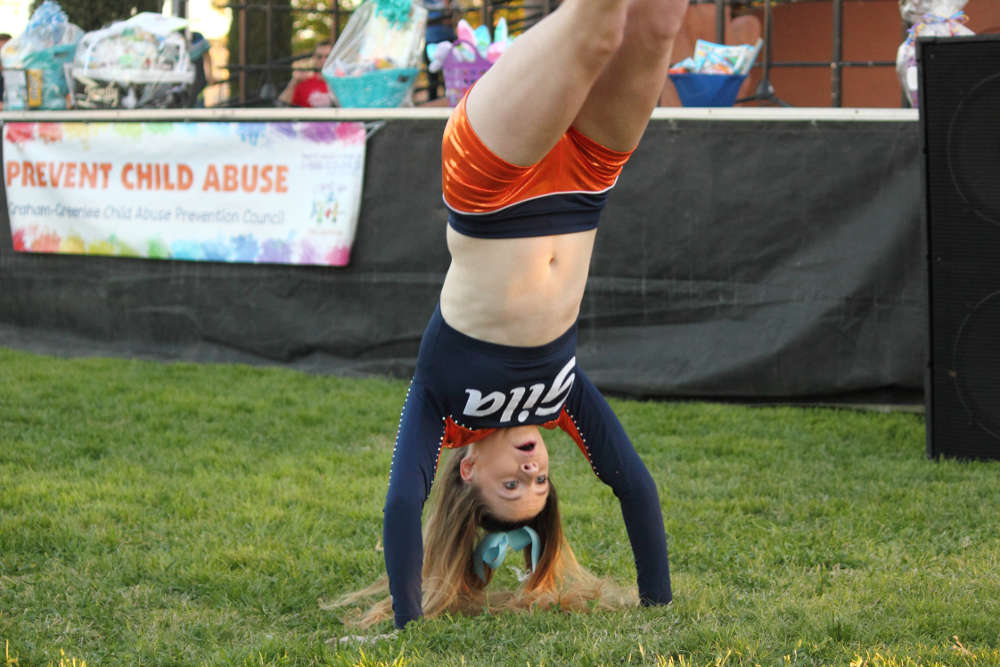 Christy Maltos is a site coordinator for CFR. She said although people know child abuse occurs, people are afraid to talk about it. Additionally, child abuse is often linked to other familial problems.

“Seventy-five to 80 percent of abusive parents are also involved in substance abuse,” she said.

Likewise, solutions to the various problems are interlocked. Maltos herself has seen those situations up close: her daughter is a foster parent and cared for an infant as soon as it was released from Tucson Medical Center because the mother was a meth addict. Maltos had to take turns with her daughter holding the baby as it went through withdrawals, since it would stop breathing when not being held.

Jane Villalba, resource family specialist for the Arizona’s Children Association, works to license local families to become foster families. She said many foster children are there because of drug abuse by parents. She wants child abuse prevention awareness to be extended to parents in difficult situations, making potential abusers aware of resources that will help improve the quality of life for them and their children.

There are about 25 foster families in Graham County, according to Villalba, with several more on a waiting list. Although child abuse is not abnormally high in Safford, it is still a problem that needs a multi-layered solution.

“The need for foster care is growing,” Villalba said. 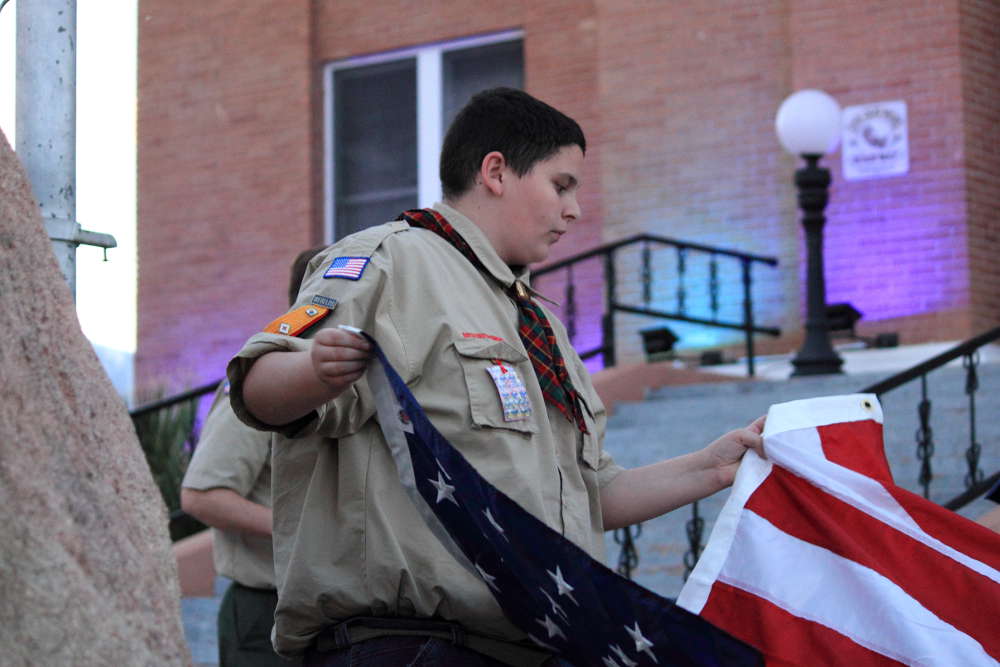 According to Dustin Willey, awareness of child abuse is more than acknowledging that it exists.

“People are not necessarily aware that it could be happening at their neighbor’s house,” he said.

Willey, who is the pastor of the First Southern Baptist Church, closed the event in prayer. He has three daughters who he adopted out of abusive situations.

Maltos has more planned for Child Abuse Prevention month, including a contest among local businesses for who best features the color blue in their front windows. Wearing blue is a way to express solidarity with abused children, and Peterson concluded his speech by turning blue lights on in front of the courthouse,  with one sky-blue light contrasting with several blue-purple lights.

“That is to remind each of us to do our part to stand together against child abuse,” he said.