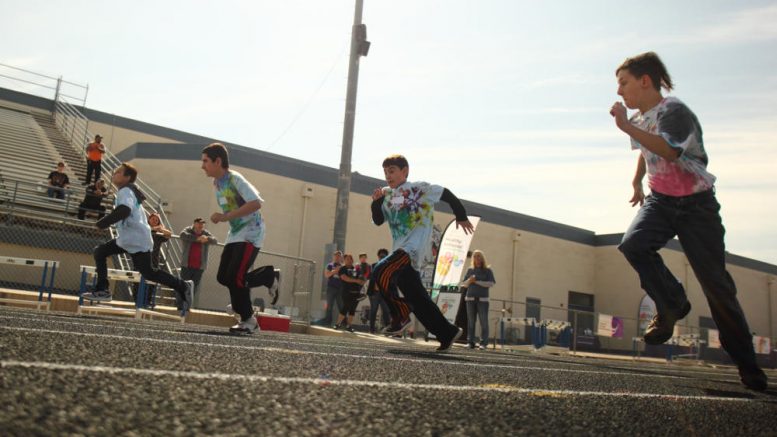 SAFFORD – About 70 athletes showed their mettle Saturday morning and competed in the Special Olympics. The competition, hosted by the Safford Lions Club at Safford High School, featured Olympians from Graham and Greenlee counties in events including shotput, weight lifting, long jump and various races.

Athletes from age 8 to the early 60s competed in the event. Special Olympics Monument Area Director Gabrielle Salomon said the Safford event is the largest for her area, which ranges from Safford through the Navajo Nation. Safford Lions Club member Royce Hunt helped coordinate the event. She has been involved with the Special Olympics for years, starting as a little girl when her grandmother volunteered. Now, she is carrying on the tradition in her family.

“I got ‘voluntold’ when I was little, so now my son gets ‘voluntold’,” Hunt said. 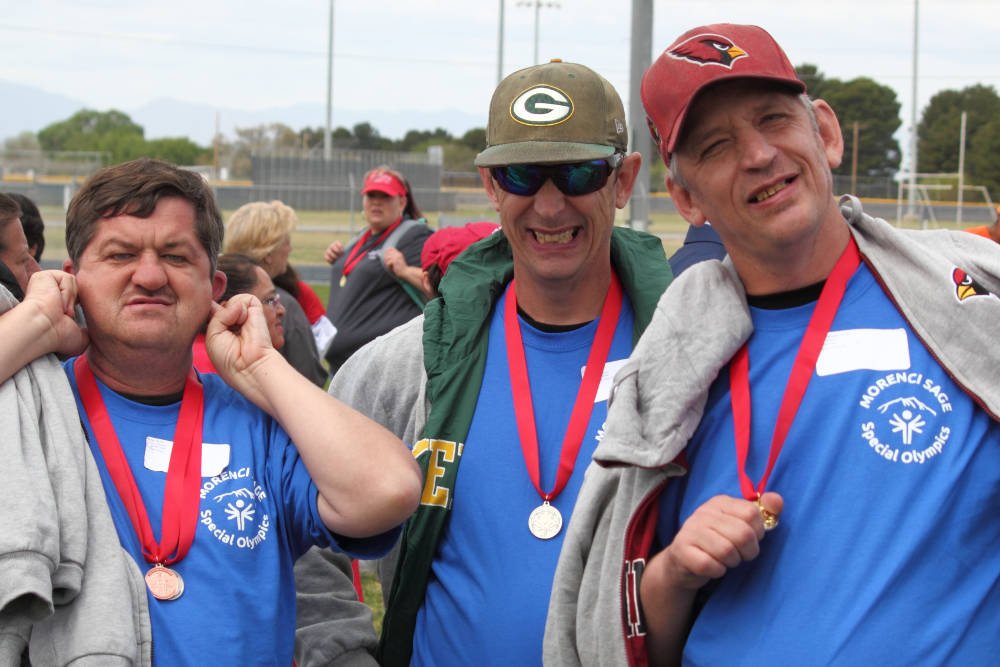 Eric Burk Photo/Gila Valley Central: Three brothers from the Morenci team pose for the camera. They are, from left, Scott Maples, Mike Price and Chris Price.

Hunt said the event is special because the athletes always do their best, unlike commercial athletes. According to Hunt, Safford is unique because handicapped people are well-integrated into community life. Salomon said that is the purpose of the event itself. 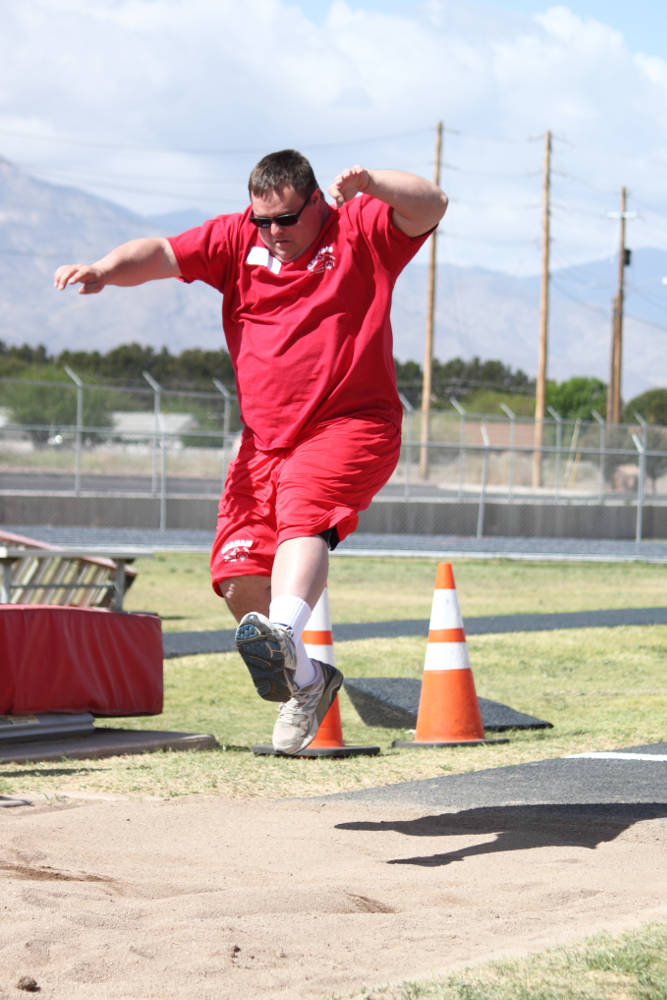 For the first time, Morenci competed in their own delegation this year, with four athletes. Coach Lindsay DeCiancio said they used to compete through a program in Safford. Daniel Herrera also coaches for Morenci. He said the event has a unified community of its own, where everyone knows everyone.

Chris Elkins has been a regular at the Special Olympics for the past 15 years, having first competed at age 8. His favorite event is the long jump.

“It’s the highlight of his year,” his mother, Shari Elkins, said.

“It’s the best to see their joy when they race, when they compete, and when they win.”

John Ashton competed in multiple events, but he also prefers the long jump. Last year, he chipped a bone in his leg in the event, so he was excited to make a comeback and jump again this year.

“I’m really excited, but I do feel a little bad for the others,” she said.

Fan Reyes Quijada enthusiastically cheered for the competitors throughout the event. He said he enjoys watching the Special Olympics.

Graham County Special Olympics is right around the corner