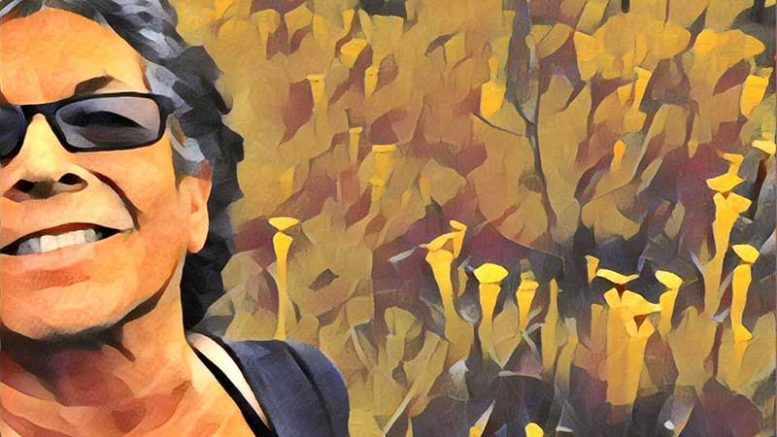 Irene Sophia is the featured artist at the Little Art Gallery. This photo was captured by Sophia, and manipulated on her iPhone.

THATCHER- As a new addition to the Little Art Gallery and the Eastern Arizona Art Guild, Irene Sophia brings with her a different style and new ideas.

Recent Second Place winner of the Colors of Copper art contest, Irene Sophia, is the featured artist in the Little Art Gallery, located 3915 W. Main St. in Thatcher. Gila Valley Central visited with Sophia to discuss her artistic style and her background in her various mediums. Remarkably, Sophia has little background in art besides being self-taught and having taken a class by Andra Jenson in watercolor. Sophia is also the owner of Cotton Clouds Inc, a local mail-order yarn company. Additionally, Sophia enjoys using the Prisma app on her iPhone 7, which transforms photos into a variety of techno-art. 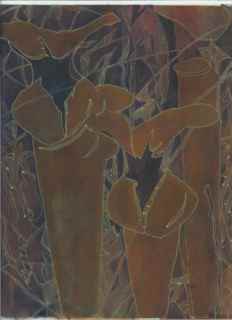 “The guild is a great group of people, very supportive. my work looks very different from what their work looks like. But they still encouraged me and helped me to set up the show. Edith Austin is great. There was a lot of people and I was very happy to see the turnout,” Sophia said. “My work is different and basically, I started taking a watercolor class with Andra Jenson about two years ago, I just took one semester. She was so encouraging to me, and the work that I did, that I think it was really her encouragement. She just really encouraged me.” 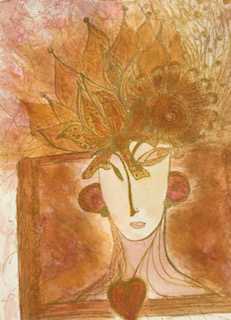 Contributed Photo/ Courtesy of Irene Sophia: “Sophia’s Muse” is one that the artist created using the “Intuitive Painting” style.

Of Sophia’s multiple styles, one stands out even more than the rest and it is what she calls,”Intuitive Painting.” This new painting style is what Sophia calls a form of artistic meditation, in which the artist releases all forms of predestined structure and lets the creative process truly be free to create.

“Intuitive painting is painting more as a meditation, and you don’t know what you’ll create ahead of time,” Sophia said. “You just start painting and you let the images flow, and you keep developing it and embellishing it and adding to it.”

Sophia told Gila Valley Central that despite the fact that the unpredictability of watercolor how vastly different it is from many graphic artworks, she had very little trouble transitioning to it. Also, Sophia says that she is simply enjoying the medium.

“I’m really a graphic artist, so it wasn’t really that hard for to make that switch over,” Sophia said. “My work is just plain. I’m just experimenting with how watercolor works. It’s really putting pigments on water and paper. and I’m just playing with it.”

Irene Sophia will be the featured artists through the month of February at the Little Art Gallery located at 3915 W. Main St. in Thatcher. The gallery is open 10 a.m. to 4 p.m, Tuesday-Saturday.