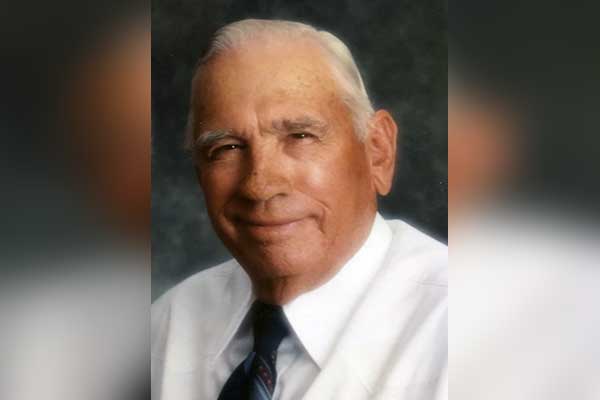 Lewis Lamar Cluff was born May 1, 1924 in Central Arizona to Wilford and Mary Ethlyn Cluff. Lamar was the 2nd child born of 7.

Lamar  at a very young age left home to work for James Smith a local rancher and land owner. This is where he learned and honed the art and skill of a cowboy, the skill that he enjoyed his whole life. He had many talents but few that were more rewarding to him through his entire life as this.  At the young age of 19 Lamar and his cousin Wendell Norton enlisted in the United States Army and became part of the greatest generation. Lamar entered the war on the beaches of Normandy (Utah Beach) with five major campaigns  from that time forward

After he returned home he met the love of his life Betty Jewell Bowman. They were married on December 30,1949 and we’re blessed with four children Marlene, Mary Sue, Houston and Julie. Lamar’s career as a cowboy continued as he worked for his father-in-law Skeet Bowman on The Hidden Haven Ranch. When Marlene and Mary Sue became school-age they moved to town where he held several different jobs before starting his 39 year career in law-enforcement with the Safford Police Department and Graham County sheriff’s department.

Lamar enjoyed 30 years of retirement and never lost his love of working with his horses. He enjoyed fishing and hunting with his kids and his grandchildren and most of all going on rides and driving with his sweet Betty all over the valley. He will be remembered as a loving and devoted husband, father and Papa. Lamar was a lifelong member of the Church of Jesus Christ of Latter-day Saints

Lamar entered eternal life with loved ones by his side January 8, 2020. He is survived by his children Marlene Hansen,  Mary Sue (Rick) Kerby. Houston (Julie) Cluff, Julie (Shim) Bennett. Also by his Sister Nada Allen and Fern Cluff and Brother Kay Cluff. He is also Survived by 13 grandchildren, 30 great grandchildren and 5 great great grandchildren.

Lamar was preceded in death by his eternal companion Betty, also his mother and father Mary Ethlyn and Wilford Cluff, His brother Keith and Chad Cluff and Sister Noreen Mathews.

A viewing & visitation will be held on Friday, January 17, 2020 at The Church of Jesus Christ of Latter-day Saints, Safford Stake Center beginning at 10:00 a.m. and the funeral service will begin at 11:00 a.m. with Bishop LaMont Whetten officiating.  Interment will be in the Safford Cemetery.