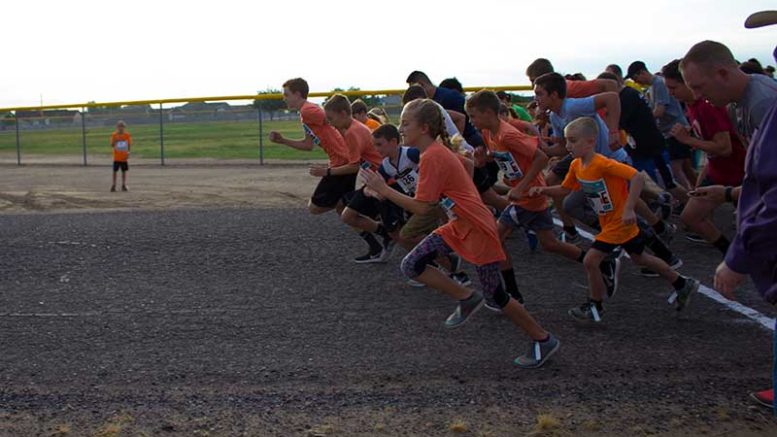 THATCHER – As the sun peeked out under the clouds and above the horizon, families, and friends gathered in the tradition of the Pioneer Day 5K.

It was a comfortable Saturday morning when roughly 130 runners ranging from young to old gathered to start the race. Looping down from the Thatcher high school parking lot and up Church Street in Thatcher and back, the race began with a fun run consisting of four younger children. After the fun run, the larger 5K race began. This race consisted of families, as well as adult runners and young runners in training. 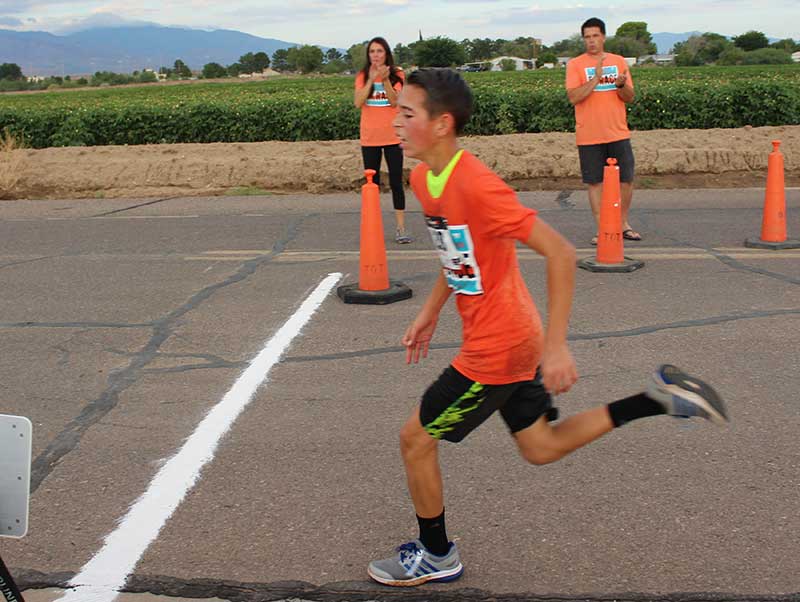 Rojas also came in first in the Diabetes 5K this year and has been running for roughly two years.

“I think I beat my last one,” Rojas said. “It’s tiring, but I just like it because it feels good, and I like to run.” 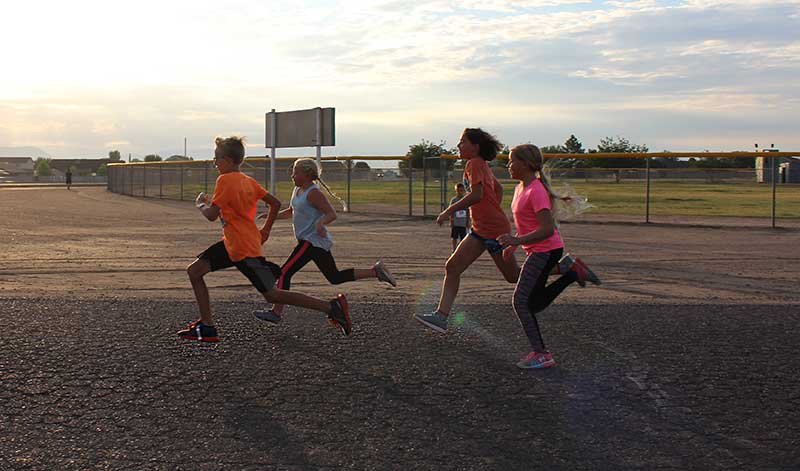 Brooke Curley Photo/Gila Valley Central: Although the Fun Runners group was small, they were enthusiastic in this year’s race.

Brett Dodge, who has organized the Pioneer Day 5k for the past four years, told Gila Valley Central that he likes the fact that it has turned into a local family tradition. Dodge also said that the number of community participation was a little lower than years past, but still, the race was holding strong.

“We try to keep incorporating into the Gila Valley tradition and we hope to keep doing this for years and years until we grow old,” Dodge said. “We’re still about 130 plus.We’ve been up to 185 at one time. We hope to continue to get more and more each year. Really, the big thing is more families. It’s kind of more of a fun run. There’s a little bit of competition in it with the timing chips, but it’s still a good, fun tradition.”

The Thatcher Fire Department was also on site to cool off the racers as they ran through the shower provided by the department’s ladder truck and water hose.