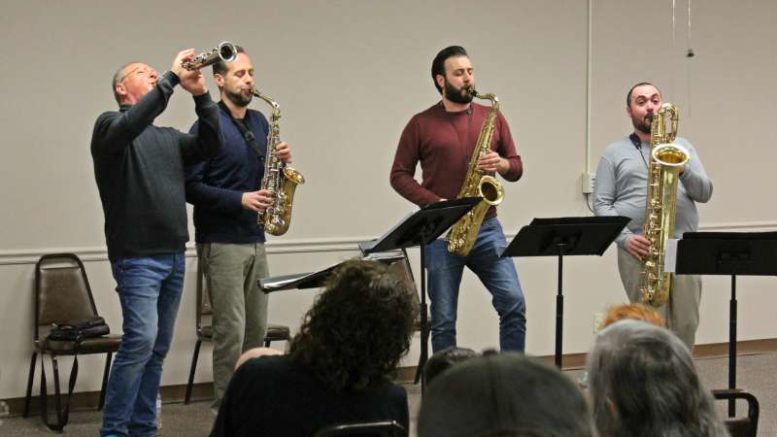 SAFFORD- For the first time in the group’s history, the Italian Saxophone Quartet put on a performance at a library.

The Friends of the Library have partnered with the Gila Valley Arts Council, working together to bring musical talents from around the world to the Safford City Graham-County Library. On Wednesday, the Italian Saxophone Quartet visited the library and performed for over an hour. The group performed a variety of songs including multiple tangos.

Federico Mondelci, who is on the soprano sax, and is the founder of the quartet, told the roughly 45 individuals attending the concert that the rest of the group were his best students. Mondelci was also the spokesperson for the group since he was fluent in English. When asked if the group had ever performed in a library, Mondelchi said that as to his recollection, they never had. Usually, the group will play in schools, and during this trip, the quartet even performed in the Grand Canyon, but the Safford Library was the first library ever.

“We do programs like performing in the public schools, but I don’t think we’ve ever performed in a library,” Mondelchi said. “It’s exciting because this is the first time with the group in this area and we’ve also been performing in the Grand Canyon. We did a live performance right in the canyon.” 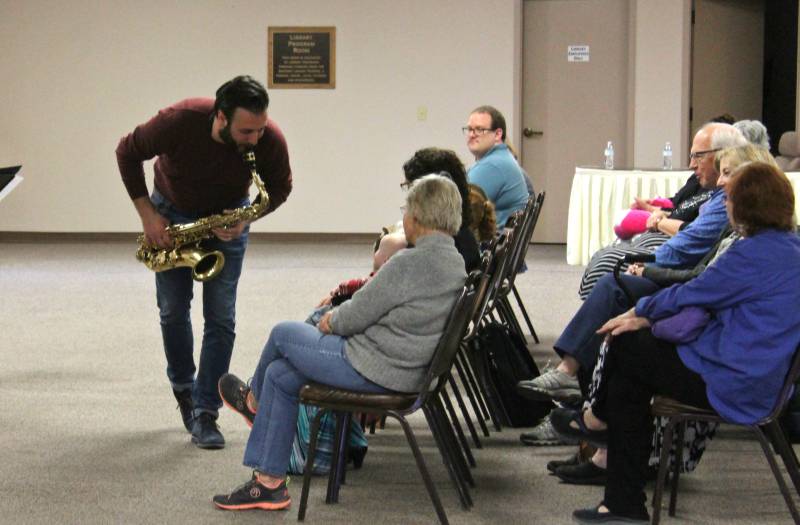 Mondelci told Gila Valley Central that this was the last day for the group to spend in the United States during this trip. After returning to Italy for a brief period, the quartet will be traveling to Russia. Before visiting Arizona, the quartet was touring in Egypt. At the library, however, a little gang of local youngsters were able to watch the quartet perform on the front row with enthusiasm. On the note of the children learning about music, Mondelci said that it was his best wish for them to enjoy and learn about it.

“I think the best wish for anybody in this world is to learn music and to enjoy playing music,” Mondelci said. “The music brings you a lot of joy, happiness, and you feel in contact with all the world. There are no borders between musicians.”

The quartet has won several competitions including the first and second prize at the prestigious “Premio Ancona” in Italy. Nearing the 30-year mark, the quartet was founded in 1982 by four saxophone soloists. Over the period of the quartet’s existence, the quartet has performed over 500 concerts all over the world. The quartet’s sessions have been recorded and broadcast over Italian, Swedish, German, Japanese, and American national radio stations. 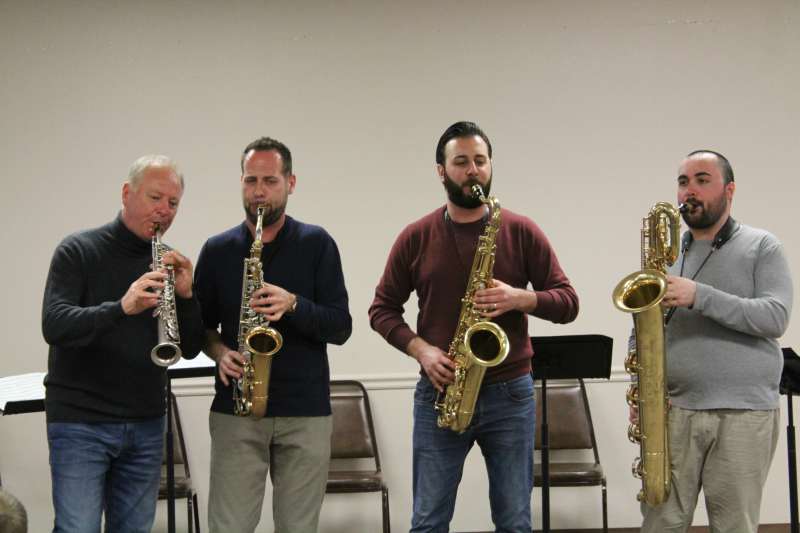