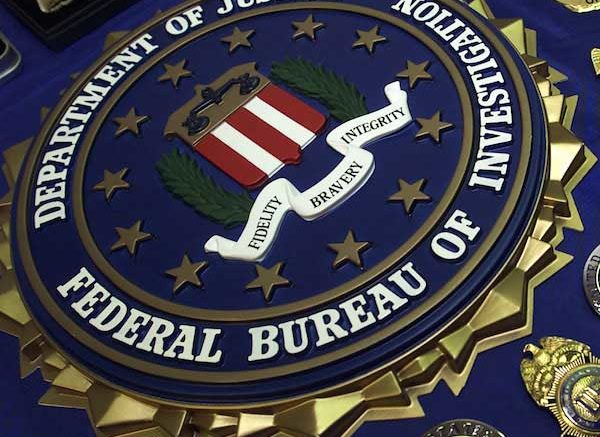 In what has proven to be a very bizarre admission, former FBI Director James Comey openly admitted before Congress that he had willfully and knowingly provided a friend at Columbia University with private information he’d obtained from President Trump. He did this, Comey said because he knew his friend would then send the information to the media and public exposure would lead to a special investigation of Trump’s behavior in firing Comey.

Now, there’s word another FBI official, General Counsel James Baker – the top lawyer in the FBI – is purportedly under investigation by the Justice Department for also leaking classified material to the media.

Primary questions obviously become, what is going on here? Secondly, what has happened to the integrity of some of the bureau’s chief executives? Thirdly, what impact will these revelations of possible criminal conduct have upon rank and file service officers and staff?

Answer – It ain’t good. When a few of the FBI’s career supervisors purposely reveal to the press information relevant to the current administration’s domestic and foreign policy aspirations, such revelations not only jeopardize our nation’s national security interests but also impinges upon domestic policies.

It’s kind of like someone reading your mail and telling the neighbors the contents of the letters. Some folks might not object, but most would.

According to Circa News, an online service of the Sinclair Broadcast Group, FBI General Counsel James Baker’s investigation by the DOJ was revealed soon after Attorney General Jeff Sessions announced there was going to be an intensified effort in ferreting out leakers within the Bureau.

Baker, incidentally, is a close friend of ousted FBI Director Comey, who appointed him to the General Counsel job in 2014. He also advised Comey regarding meetings Comey had with the new president.

Another former FBI Director, Robert Mueller, is leading an additional investigation into President Trump’s alleged misconduct in firing Comey over certain remarks the president made during his meetings with Comey. Mueller’s investigative team consists of several Democratic adherents and Hillary supporters, making one wonder how impartial can this investigation be?

So, we have a fired FBI Director, being investigated by a former FBI Director, with the head attorney of the FBI also being suspected of revealing confidential information to the public media, all entangled in the same mess.

You can’t make this stuff up. In essence, there’s an ongoing investigation investigating an investigation. The whole thing is beginning to smell a little rancid. Little wonder Trump is having difficulty “draining the swamp.”  The drains are plugged up with rats.

It has become blatantly obvious there are forces in play determined to bring down the Trump presidency.  While I hesitate to use the term “non-violent coup d’tat,” that’s exactly what it’s beginning to look like, with certain government officials, political party operatives, and a biased media all conspiring to destroy the current administration.

No further evidence is required than a casual glance at an obstinate Democratic Party, coupled with a bumbling Republican Party, encouraged by a predominately left-leaning press reporting hourly their perceptions of a totally incompetent president.

As they say, “politics is a blood sport” – meaning someone is going to get hurt one way or another. The degree of severity depends upon the importance of the position and the intensity of the opposition.

Which might explain why President Trump is applying the tools he has available to fight back, using Tweets, rallies, staff readjustments, White House announcements, and DOJ investigations to expose a concerted effort to remove him from office.

“We have seen an astonishing increase in the number of leaks of classified national security information in recent months,” she said. “We agree with White House Communications Director Anthony Scaramucci (since replaced) that these staggering number of leaks are undermining the ability of our government to function and to protect this country. Like the Attorney General has said, ‘whenever a case can be made, we will seek to put some people in jail,’ and we will aggressively pursue leak cases wherever they may lead.”

Put some people in jail? Sounds like a shot across the bow of those intentionally seeking to harm the country and the presidency. I can’t remember the last time an administration issued such ultimatums and actually followed through with them.

There’s one thing for certain, if the situation isn’t corrected then future presidential elections will prove meaningless since the outcomes can be altered by a consortium of special interests, monied sponsors, and vindictive individuals with malicious intentions who are cheered on by a liberal sympathetic media.