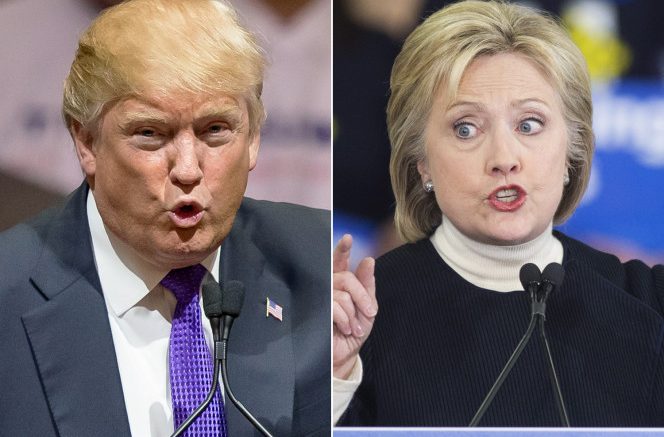 WASHINGTON (AP) — Republican Donald Trump will deliver a speech outlining his trade policies on Tuesday — a talk that is sure to underscore the stark differences between his approach and that of likely Democratic rival Hillary Clinton when it comes to handling the economy.

Clinton wants to raise the minimum wage nationwide. Trump favors leaving it to the states.

The two candidates sketched out their dueling economic visions in speeches last week that highlighted their clashing ideas for energizing growth and hiring.

Some similarities between the two emerged as well, easily overlooked amid the back-and-forth. Both laced their speeches with populist attacks on Wall Street and descriptions of the economy as “rigged,” though Trump, aiming to draw supporters of Democratic candidate Bernie Sanders, did so more than Clinton.

Both also stressed the need for more widely shared prosperity, a nod to the notion that economic growth since the end of the Great Recession has served mainly wealthier households and a handful of dynamic cities.

Overall, Clinton has made many more specific proposals than Trump, who has yet to spell out plans in such key areas as education, job training or the rebuilding of roads, bridges and other infrastructure.

He spoke of building “the greatest infrastructure on the planet earth” but hasn’t laid out how he would do so.

“The Clinton plan is very much in line with Obama’s campaign proposals and the budgets he has proposed as president,” said Josh Bivens, research and policy director for the liberal Economic Policy Institute.

Most economists have been dismissive of Trump’s economic proposals, particularly his steep tax cuts.

“The Trump plan is just this enormous tax cut that couldn’t be adopted,” said Alan Auerbach, an economics professor at the University of California, Berkeley and a leading expert on tax and budget policy. “I don’t even know to evaluate it.”

Some highlights of the candidates’ economic proposals:

CLINTON: Says she opposes the Trans-Pacific Partnership trade agreement with 11 other nations along the Pacific Rim. She had endorsed the pact when she was secretary of state. She pledges to step up enforcement of trade laws that can be used to bar low-priced imports by creating a chief trade prosecutor and tripling the number of trade enforcement officers.

TRUMP: Opposes the Trans-Pacific Partnership accord. Has threatened to impose a 45 percent tariff on Chinese imports in retaliation for Beijing’s currency manipulation. He also would impose a 35 percent tariff on imports from Mexico to discourage U.S. companies from moving there. He’ll deliver a speech on the topic Tuesday, which his team has titled “Declaring American Economic Independence” at Alumisource, a factory in Monessen, Pennsylvania, about an hour south of Pittsburgh.

TRUMP: Proposes huge across-the-board tax cuts that would mostly benefit wealthier Americans. He would replace seven current tax rates with three. The top tax rate would be 25 percent, down from 39.6 percent. The two other rates would be 10 percent and 20 percent. Taxes on dividends and capital gains would be capped at 20 percent. He would eliminate the tax on large estates.

CLINTON: Supports large tax increases on wealthier Americans. She would add a 4 percent tax surcharge on incomes above $5 million, effectively creating a new top bracket of 43.6 percent. Those earning above $1 million a year would be subject to a minimum 30 percent income tax. She would also reduce the value of tax deductions and exemptions for wealthy taxpayers. And she would increase the estate tax.

CLINTON: Supports a $12-an-hour federal minimum wage and “state and local efforts” to raise the minimum to $15.

CLINTON: Proposes spending $275 billion on repairing and building roads and bridges, expanding public transportation and increasing high-speed internet access. Of that amount, $250 billion would be spent directly on infrastructure over five years. Would also create a $25 billion infrastructure bank that would be independent but government-owned and would offer loans and other financial aid for infrastructure projects.

TRUMP: Hasn’t proposed specific plans but says, if he’s elected: “We will build the greatest infrastructure on the planet Earth.”