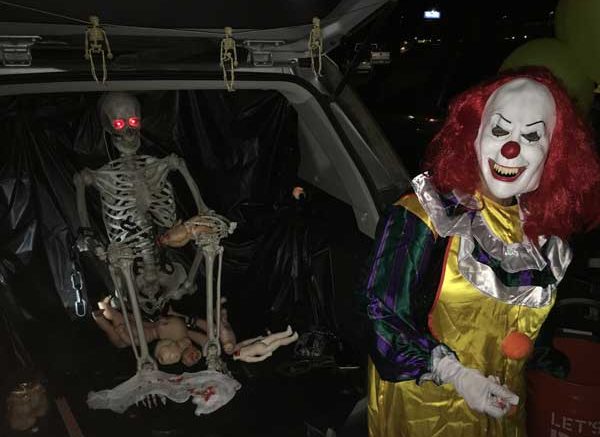 THATCHER – The line of ghouls, goblins and creatures from fantasy and pop culture swarmed throughout the Home Depot parking lot Monday night like a snake with seemingly no end as thousands of revelers turned out for the store’s trunk or treat event this Halloween.

The event began at 6 p.m. and the throngs of costumed characters lined up to get in until just after the event’s publicized closure at 8 p.m. 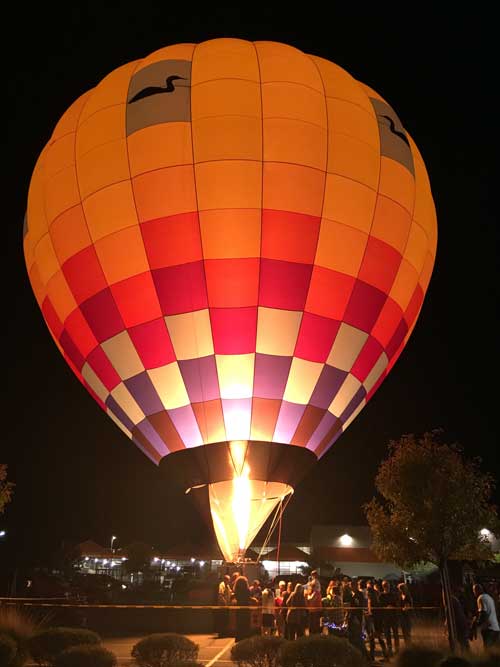 At the entry into the cordoned off rows of haunted trunks and converted storage units stood Greg Lindsey, co-owner and pilot at AZ Air Ventures, and his balloon “Just Ducky”, which lit up the night as Lindsey would give the flame a tug as those shuffling through stopped to pose for a picture and receive a piece of candy. The Just Ducky balloon acted like a beacon into the night, calling those from near and far and filling the event with the curious and creative crowd from the Gila Valley.

While Home Depot was, of course, the main sponsor of the event and showcased its employees’ horror skills by creating spooky enclaves in its storage sheds and trunks, there were a variety of other businesses represented at the event as well. Some of the businesses that took the time to put on a display and hand out candy were Brando’s Fun N’ Sun Travel & Cruise, which had a large cruise ship in the background and owner and operator Brando Quinn as the captain, Mann Mortgage, Mt. Graham Regional Medical Center, Cricket Insurance LLC and Nana’s Kitchen.

Quinn said he felt the evening was a tremendous success and he and his wife, Janet Quinn, appeared to thrive in the activity of promoting the business while enjoying the costumed characters and handing out candy.

While most of the trunks weren’t too scary for most children, there was one booth populated by two scary clowns that frightened even the most brave souls to the point that they had an abundance of candy for anyone who dared venture near. 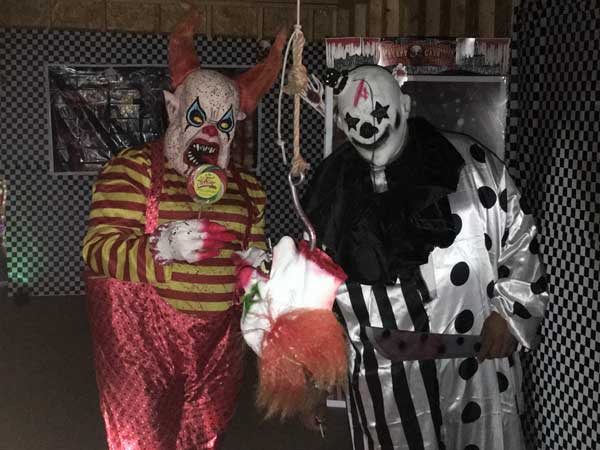 At the end of the tour sat a hay bale scene provided by Adam Rossow Photography, which also took a free photograph of the families and friends who made it through the event intact. Owner and operator Adam Rossow informed the revelers that their picture would be available for them to see and share from his business’ Facebook page in a few days while also offering up his services for an extended portrait of family pictures, senior pictures and more. 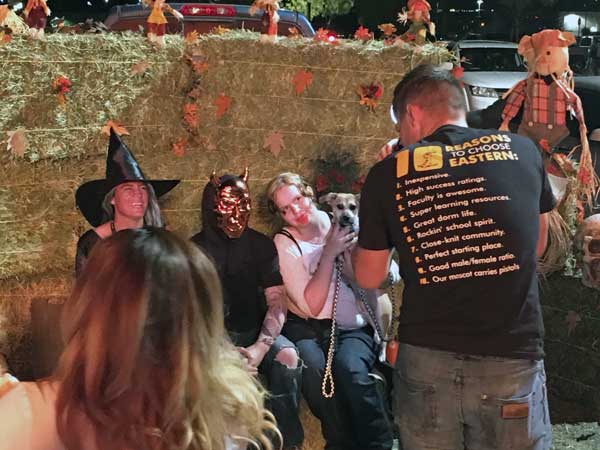 Jon Johnson Photo/Gila Valley Central: Adam Rossow takes a picture of a group who made it to the end of the Trunk or Treat event.

Rossow said he was excited to be at the event and, with a crowd the size of the event still left to go through, said he had already taken 1,336 photos to that point.

“I’m a little shocked that there’s not more businesses involved because this is just an amazing environment (where) I get to meet over 3,000 people in our community, and I get to serve them,” Adam Rossow said. “I wish more businesses would recognize the business opportunity let alone the community action and be able to volunteer.” 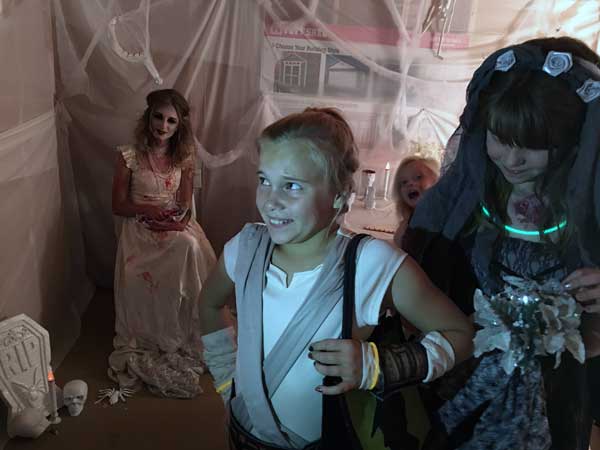 From the businesses associated with the event to those dressed in group family costumes, homemade outfits, pop-culture characters or the just plain gruesome, the Home Depot Trunk or Treat was a resounding success.