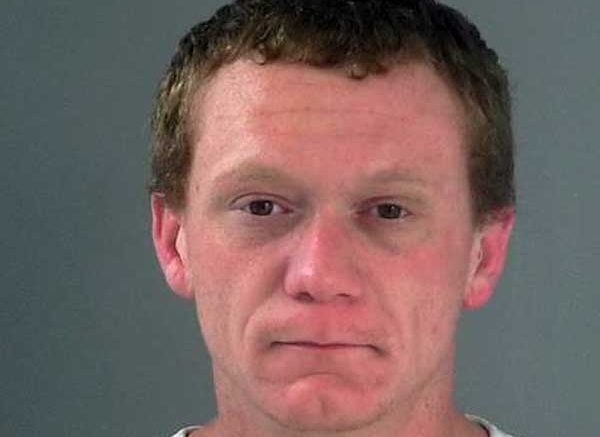 Contributed Photo/Courtesy GCSO: Anthony Anderson was incarcerated Jan. 5 after officers found drug paraphernalia and a prescription-only drug in his car during a traffic stop.

THATCHER – A Safford man was arrested and booked into the Graham on multiple charges Jan. 5 after being pulled over while traveling through Thatcher.

The man, Anthony Anderson, 27, was booked into the jail after allegedly lying to an officer, attempting to take his brother’s identity, driving on a suspended license with heroin drug paraphernalia in the car and possession of a prescription-only narcotic designed to wean addicts off heroin.

According to a Thatcher Police report, Anderson was southbound on Real Lane when officers caught him on radar at 61 mph in a 45 mph zone. The 2005 Nissan Sentra Anderson was driving also only had one working headlight.

Upon contact, Anderson attempted to assume the identity of his brother, whom the car is registered to, and said he had just moved back after a job with a roofing company in Phoenix fell through.

During interrogation, the officer believed Anderson might have been on some sort of stimulant, however his observations showed Anderson’s internal clock was opposite and much slower than reality.

After locating a capped syringe on the vehicle’s floorboard, the officer investigated further and found a wrapped up towel that had a picture identification of Anderson from the roofing company with his real name and a couple of pieces of cotton with brown residue. Anderson allegedly admitted to using pills in the past but denied using heroin.

Later on, the officer also located a Suboxone pill in Anderson’s pocket that he said he got from his brother to help him with heroin withdrawals.

Suboxone pills are used to treat narcotic opiate addiction, and are only available with a prescription.

Anderson was then placed under arrest and the officer continued inventorying the car, which yielded a spoon with apparent burnt drug residue. Anderson allegedly said he believed he had removed all drug paraphernalia from the car previously after getting out of rehab and was on his way home from Phoenix. He said the last day he intravenously used heroin was the day before he went into rehab, five days ago. During his arrest, Anderson voluntarily submitted to a blood draw for DUI-testing purposes.

He was then booked into the jail on charges of driving on a suspended license, possession of heroin drug paraphernalia, identity theft, false reporting to a police officer, possession of a prescription-only drug and two warrants, including one from Safford Magistrate Court for failure to appear and one out of Maricopa County for possession of marijuana.