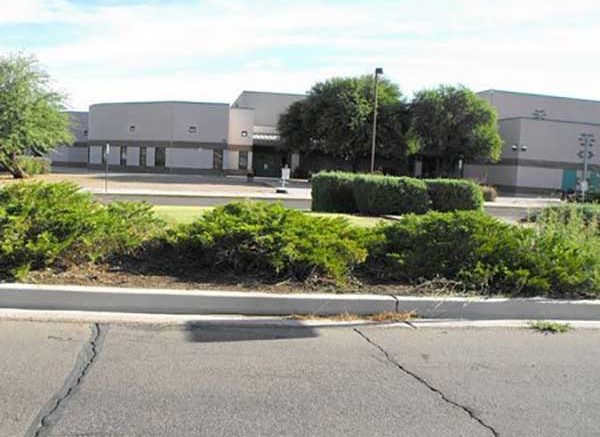 On 08/17/18 at approximately 11:45 PM, the Thatcher Police Department received a report of a man armed with a handgun creating a disturbance at Thatcher High School, where a school dance was being held in the parking lot. There was an estimated 150 students present along with school staff and a DJ playing music. The first Thatcher Officer arrived on scene within one (1) minute after receiving the call.

Upon arrival officers located the suspect, who was identified as 72 year old Robert Layton. Layton had been taken to the ground and was in the process of being detained by the DJ after reportedly brandishing a handgun, waving it around, and assaulting a school staff member. When the first officer arrived on scene began securing Layton, the 9mm handgun was located in his possession.

Mr. Layton drove to the Thatcher High School Parking lot where a dance was taking place shortly before 1145 PM last night. He was taken into custody at 1148 hrs. Layton was upset about the music that he felt was being played too loud. It was reported that he confronted the DJ who was identified as Bryson Wren, who initially directed him to the High School Principal, Jeffery Lords to discuss his complaint. Lords reported that Layton was angry and telling him that he was going to shut the music down and grabbed Lords by the shirt. At some point when he had Lords by the shirt, he pulled a handgun out of his pocket and was waving it around. The handgun was inside a nylon holster during this entire encounter, and was being waved around while still in the holster.

Layton then walked over to the music equipment and began pulling wires to disable the music with the gun still in hand. Wren saw an opportunity and pushed Layton to the ground in an attempt to disarm him. Layton maintained control of the gun in his hand so Wren pinned his arm and weapon against Layton’s body to prevent him from using the weapon. During this struggle Layton struck Wren in the face but Wren maintained control of him, while Mr. Lords was contacting the police.

A Thatcher PD Officer arrived as Wren was maintaining control of Layton and disarmed him and placed him in handcuffs. Layton complained that he was injured in the altercation and received treatment from Life Line Ambulance and was transported to the Mt. Graham Regional Medical Center for evaluation.

“We are very thankful that no one was seriously injured during this incident,” Said Thatcher Police Chief, Shaffen Woods. “I want to express appreciation to the DJ, Thatcher High School Staff and Students for their quick thinking and response to this incident. I would also like to thank the Safford Police Department and the Graham County Sheriff’s Department Dispatchers and Deputies for assisting us with this incident.“