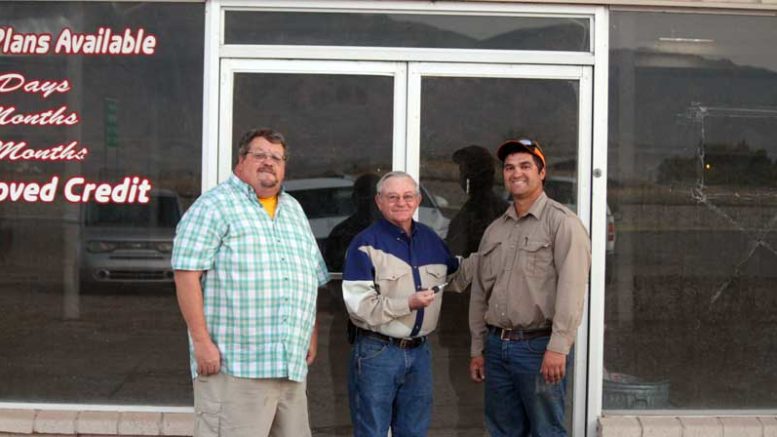 Photo By Jon Johnson: From left, Graham County Historical Society President Chris Gibbs and former president Brent Quinn hand over the keys to the Safford Carpet building to Joseph Ward to begin the dismantling and removal process. The society received the building as a donation from Circle K, which plans on constructing a new, larger store at the site.

SAFFORD – After being tucked away in storage for five years, the possibility of artifacts belonging to the Graham County Historical Society (GCHS) to see the light of day and enlighten a new generation just got better thanks, in part, to a $200,000 building donation from Circle K.

The large, roughly 8,000-square-foot building shell of the former Safford Carpet building at 1480 E. U.S. Highway 70 in eastern Safford will serve as the society’s museum if all goes to plan. Like the process that brought the London Bridge to Arizona, each piece of the building will be labeled as it is disassembled and removed to be reassembled at the Graham County Fairgrounds and reborn as the museum the GCHS has been longing to have to fill with its antiquities. 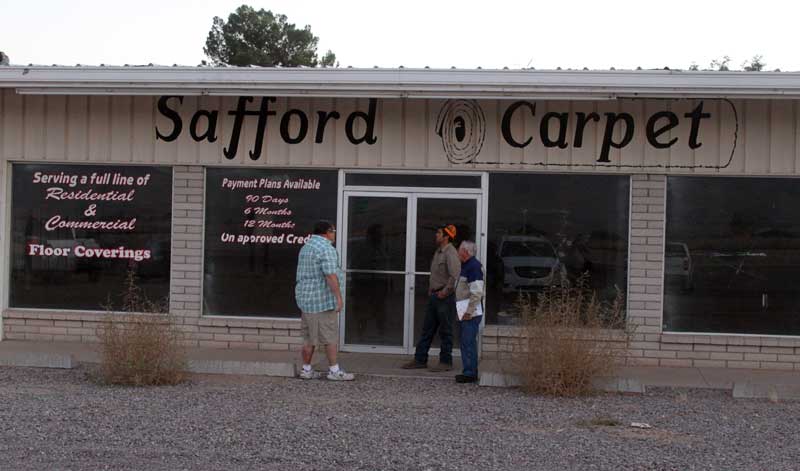 Jon Johnson Photo/Gila Valley Central: The old Safford Carpet building will be disassembled and reassembled later reborn as the museum for the Graham County Historical Society.

The society had been looking for a new property since 2012 when the Thatcher School Board stopped allowing the museum to exist on its property because it needed it for scholastic purposes.

GCHS President Chris Gibbs was on hand with former president Brent Quinn on Tuesday morning, to hand over the keys to the building to Joseph Ward of Ward Brothers Enterprise LLC, which dismantling and transporting the building from the site.

According to Quinn, thousands of man-hours have gone into making the day become a reality, including various fundraisers that earned the $20,000 needed to pay for the building’s removal. 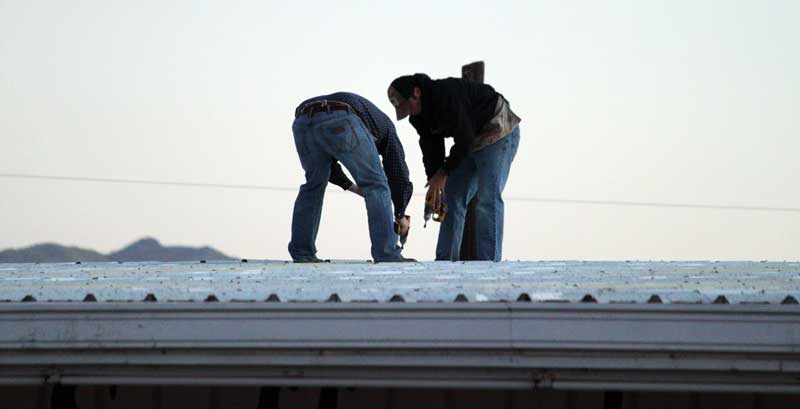 Quinn began negotiations to have Circle K donate the building in 2015, after a Safford Lions member, David Green, informed him of the possibility of Circle K taking over the Safford Carpet site. Circle K’s new, larger store will be 5,881-square-feet with 20 parking spaces and a 4,704-square-foot fuel canopy area with eight gas pumps.

Quinn said Suzy Peel, Circle K Real Estate Development Manager-Arizona Division, advised him that if the company purchased the property it would donate the building to the society as long as they paid to have it disassembled and removed.

“We immediately began fundraising events nonstop ever since that happened,” Quinn said. “And I’m happy to report we are just shy, just a smidge, of having enough to pay the contractor to do this dismantling. The fundraising has worked very well for us.” 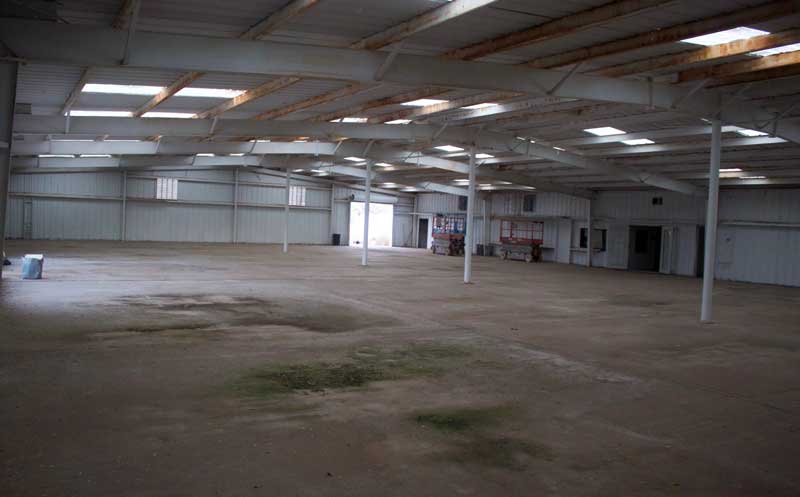 Now that the building is the property of the society, the group can apply for grants to pay to have it reassembled at the fairgrounds. Since the funds are not yet available, the building’s pieces will be placed into storage until reassembly can begin. Then a new slab will be poured, the building reconstructed, insulted, and loaded with new electrical fittings and, finally, filled with its historic treasures from pre-historic indigenous people’s artifacts, Spanish settlers’ tools and items from the Mormon pioneers.

“The hope is that that won’t take forever,” Gibbs said. “But the simple fact is we can’t apply for certain grants and funding until we own the building, and we don’t own the building until its taken down and moved.”

Gibbs said the construction of the museum could be as early as next year is all goes well.

“There’s an awful lot of folks here in the Gila Valley who have given a lot of really cool family heirlooms and memorabilia that’s just sitting in storage,” Gibbs said. “We recognize that it’s necessary to get it out and back on display, but until we get a building we can’t pull it out of storage.”

Jon Johnson Photo/Gila Valley Central: The building’s pieces will be placed in storage until the society has the funds to pay to have it reassembled.

Once the building is reassembled, the group will face a new challenge in handling day-to-day operating costs, but they look forward to the challenge.

“The concept is certainly a beautiful one,” Gibbs said. “Instead of getting rid of something that is a usable building, we’d like to use it.”