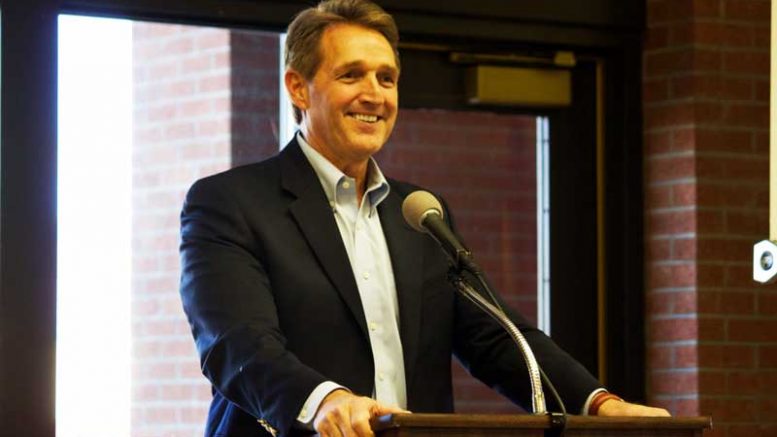 The Arizona Republic first reported on Flake’s decision. A spokesperson for Flake then corroborated that decision.

Flake had butted heads with Donald Trump on some occasions despite actually going along with Trump’s agenda more often than not. However, by sometimes being a critic of the president, he was seen as not being allegiant. That caused President Trump, Steven Bannon, and others to back former state senator from Lake Havasu City, Dr. Kelli Ward, to unseat him.

The seat now appears to be wide open with Ward leading the charge from the Republican side and Rep. Kyrsten Sinema, D-Ariz. from the Democratic side.