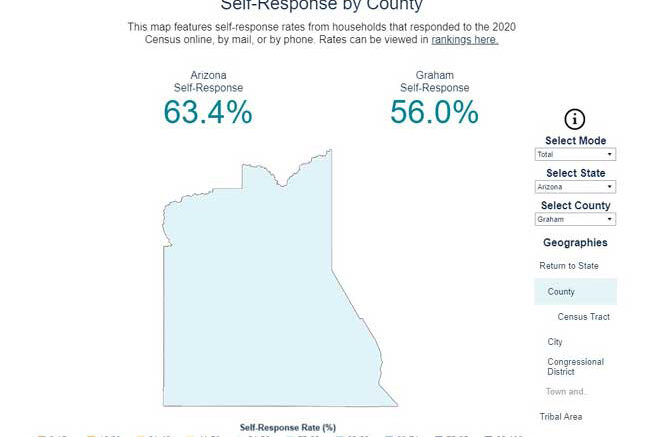 THATCHER — With just a few days left to participate in the U.S. Census, the Gila Valley Census coordinator said while the local communities have done well so far, there’s still more to do.

Meanwhile Pima is leading the way in bettering its self-response from 2010, going from 18 percent 10 years ago to 49.1 percent as of Friday, a 31.1 point improvement.

Pima town officials are using the last few days to get a better response from minority and low-income residents.

Smith said each person included in the Census is worth about $30,000 each to a community.

“It’s pretty much anything we get funding from the state or from the federal government. So we’re talking roads, schools, health care, our first responders, parks, libraries, everything,” Smith said.