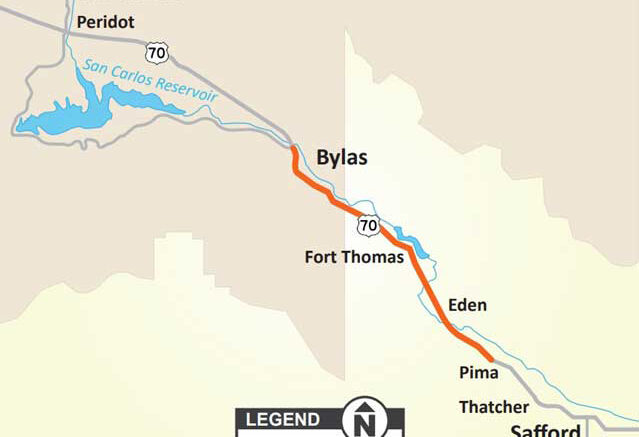 The work will take place between 6 a.m. and 5 p.m. weekdays and is expected to take about two months to complete. Speed will be reduced as flaggers stop cars and pilot vehicles direct cars through the work zones.

Updates on the project can be found online at az511.gov or on Twitter @ArizonaDOT.