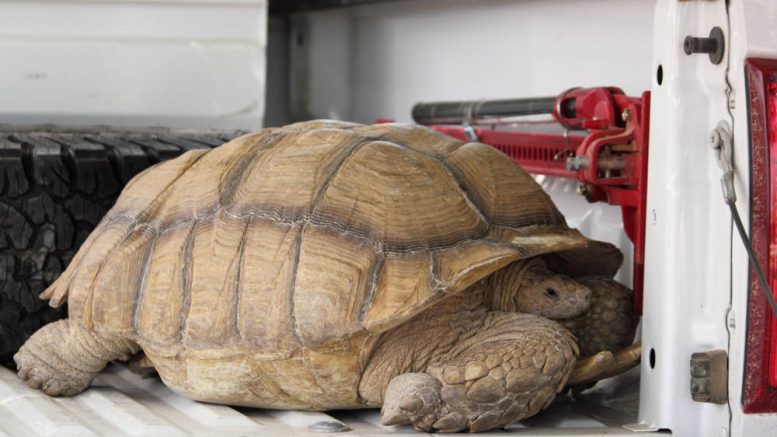 Eric Burk Photo/Gila Valley Central: A large African Spurred Tortoise sits in the back of a Game and Fish truck. The tortoise was located along Highway 366 (Swift Trail) and believed to have wandered off from its home in the neighborhood.

SAFFORD – Devin Skinner sees a lot of animals while on duty as a game warden for Arizona Game and Fish, but he was still surprised when he saw a large African Spurred Tortoise on the side of Swift Trail (Highway 366) at the base of Mount Graham on Friday morning. 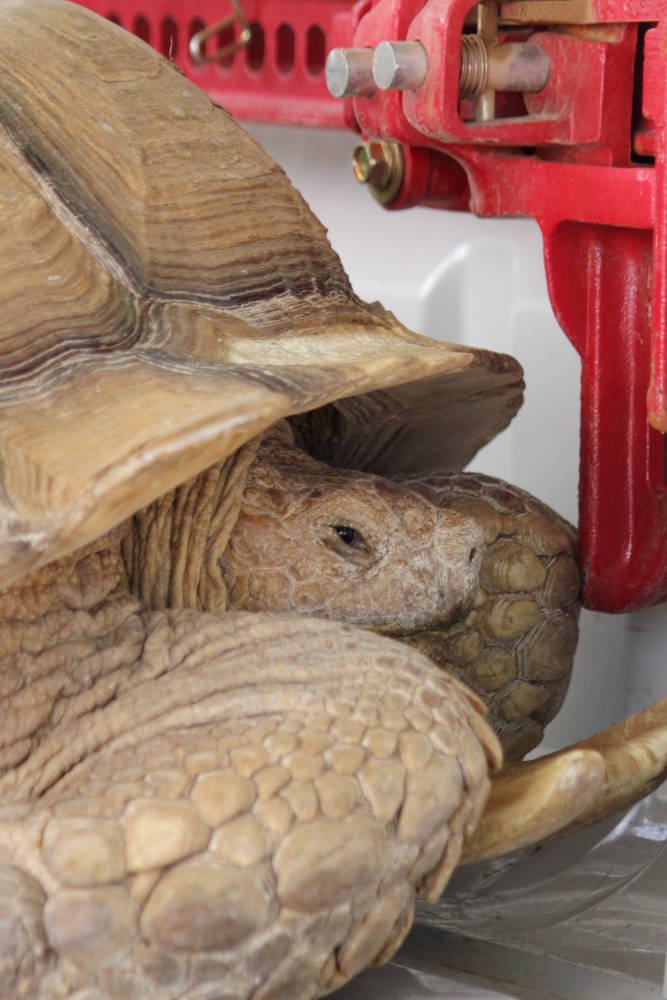 Skinner thinks the tortoise escaped from a yard in the neighborhood around Thunderbird Estates, and that it has not been away from home for very long. He’s not sure if the tortoise could have survived in the Graham County desert, although it is native to dry, hot regions of northern Africa.

Pet care website thespruce.com reports that African Spurred Tortoises can stand normal daily temperatures up to 100 degrees and night temperatures down to 72 degrees. The National Weather Service reports overnight lows in the 40s for Safford this week.

Skinner is hoping to house it temporarily in the area, but failing that, there are tortoise rescues in Phoenix. Preferably, he would like to reunite the tortoise with its owner, so if you are missing a 100-pound tortoise give Skinner a call at (520) 591-7880.