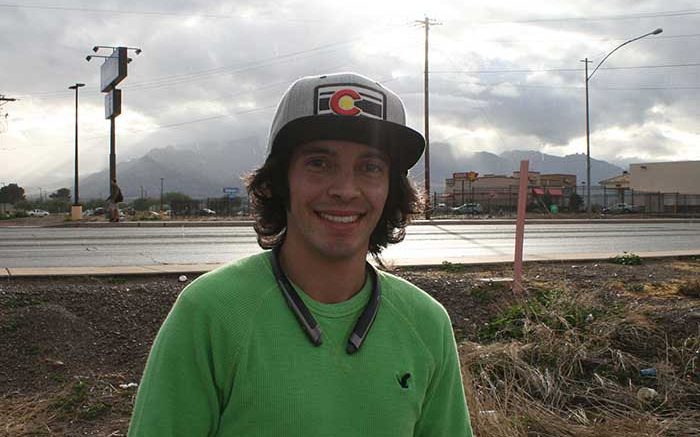 Brooke Curley Photo/Gila Valley Central: Tommy Christensen grew up and went to school in Thatcher, and has since moved around the country. His "Winner of the Week" charity gives $50 to a person in need and allows Christensen to get to know their story.

SAFFORD – It’s the season for giving, but for one former Gila Valley resident, the time for giving is all year long.

Tommy Bruce Lee Christensen is the creator of the Winner of the Week (WOW) charity in which he randomly selects a homeless person around the Phoenix area what’re he now lives to receive $50 each week. His goal in doing so, he said, is to learn about other people and help them out if they need it. Christensen makes videos of his encounters and in addition to the $50 donation to the selected homeless individual, he also randomly selects an online viewer to also receive $50. Not only does he give away $50 dollars of his own money to an individual that he believes might need it weekly, but also any one of the many individuals online who likes one of his videos. Donating $100 each week adds up, and Christensen donates roughly $5,000 annually to the homeless or needy. 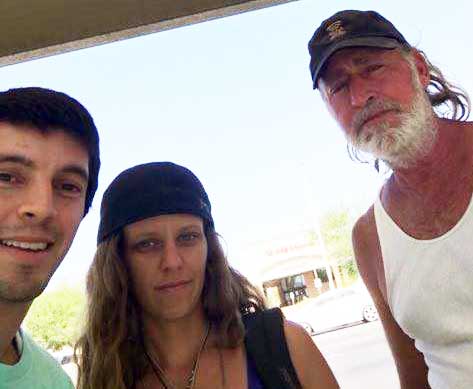 Christensen usually tries to post the videos of his weekly WOW experiences online to his WOW Facebook page. His latest video was posted Dec. 16 depicts his latest act of kindness. He aspires to have a reality television show based on his charity.

This video initially starts in the cab of a truck at night. There’s a sound of beeping of the truck door opens, followed by Christensen inviting an individual inside. This individual is hidden from the camera in the dark, but through the dialogue we learn he identifies himself simply as “Guy”. Christensen asks how long Guy had been on the curb, and Guy answers quickly and in simple words.

Christensen asks if Guy had a good day that day on the curb, to which Guy answers a quick no. Over the time of the truck ride, the audience learns that Guy is from Chicago, and has moved to Arizona to live. Christensen takes Guy to Carl’s Junior, where he lets him order whatever he wants. As the music speakers of the restaurant blare out Pat Benatar’s “ Love is a Battlefield,” Christensen retrieves the food and then picks out a booth. While Guy is filling his drink, Christen places $50 in mixed bills into the Carl’s Junior bag.

In Tommy Christensen latest video, a man simply identified as Guy is the latest Winner of the Week. Guy is pictured on the right, while Christensen is on the left.

Guy sits down across from Christensen, licking his lips as Christensen takes out his own burger, and then hands Guy the bag. Emptying the bag’s contents, Guy almost doesn’t notice the money in the bottom of the bag. However, when Christensen asks if there is anything else in the bag, Guy looks again and says that there’s money. Christen asks how much money is in the bag, and Guy says that there is a large amount of money.

“I hope that can help you out a bit,” Christensen said.

With $50, an individual can buy a new pair of shoes, groceries, a full tank of gas or several meals at a restaurant. From restaurant servers to the homeless, Christensen’s WOW charity goes to whoever looks like they might need a little extra cash. Although some of Christensen’s Facebook followers say that he should be giving out food gift cards instead of cash, Christensen told Gila Valley Central that he prefers to give out the cash since the individual receiving the money knows what they need more than he does.

At one point, Christensen hopes to have a television show based around the idea of giving money to those who may need it weekly. However, Christensen told Gila Valley Central that if this entire thing fails and nothing comes out of it, he will have the satisfaction of knowing that he helped and made a difference.

To view more of Christensen’s exploits or his videos visit the WOW Facebook page.